A tribute to Elvis

On Saturday 20th May at 7pm, the Union Musical Torrevejense and the John Mencis Band will present a tribute to Elvis Presley - August 16th marks the 40th anniversary of the "King of Rock'n'Roll's death.

The John Mencis Band already pays tribute to Elvis Presley so it will be no challenge for them but for the Torrevieja band, which is roughly similar in formation to our band, this will represent a new direction.

NB The International Auditorium is just off the N332 on the same site as Quiron Hospital. 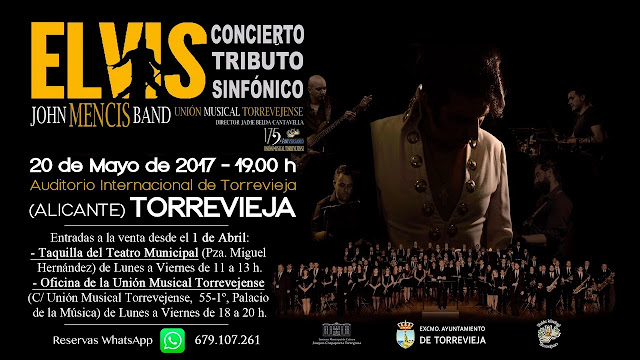 Posted by Keith Willliamson at 11:11 am Labels: local news