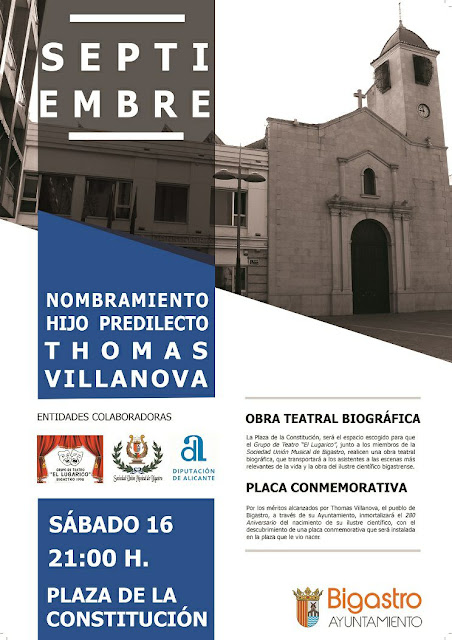 Tomás Manuel Vilanova studied philosophy and medicine at the University of Valencia. However, his broad interests also led him to study physics, chemistry, botany, mathematics, pharmacy and astronomy, as well as numerous languages ​​(Latin, Greek, Arabic). He also learned  modern languages from his travels in France, Italy, Germany and Hungary.
Posted by Keith Willliamson at 10:01 am Labels: local news