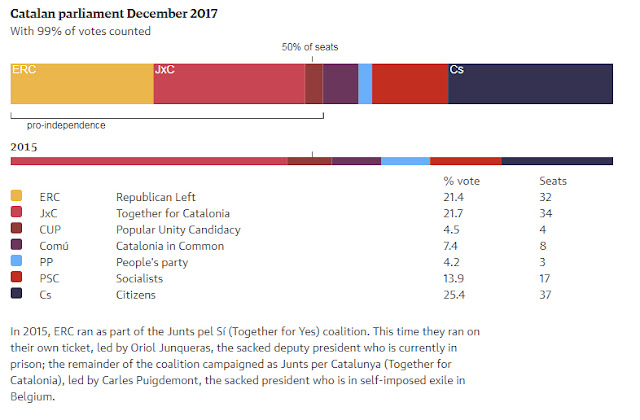 The situation remains unclear because the separatist parties still have to come to agreement and several of their leaders are either in jail or in exile.  However, with 70 potential seats, they have the majority over the unionist and other parties.
Posted by Keith Willliamson at 10:19 am Labels: local news