What do you make of that?

Since she was a candidate at the last local election, Pamela receives regular communications from the PP. We also get links to articles in Activa Orihuela, Vega Baja Digital and Diario de la Vaga Baja that inform us of developments that are taking place in Bigastro.

You have no doubt seen the work that has been going on at the plot of land formed by the junction of Calles Alemania and Inglaterra and speculated as to what will be the outcome. It was clear that there would not be houses even though the land was classified for building. Neither would there be the shops that had been muted by some. Shops would simply not survive in such a small area. We might have guessed at a park but then how could you justify another park?

It seems that the land is going to be repurposed as an urban garden with 20 plots of about 50 square metres each. Bigastro already has 25 similar plots and  there is a waiting list for more. We would probably best describe them as allotments - places where locals can grow fruit and veg for the table. 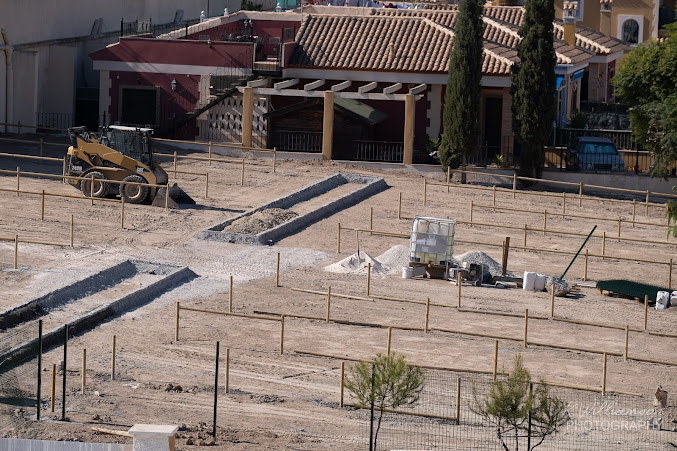 If there is a demand for more than 20 allotments, then a draw will take place.

There is also a plan to create a  Community Composting Centre, intended to serve 1,500 people on the land.

So it seems, without being consulted,  we are going to have allotments and a compost heap in the middle of our estate.

In England, allotments are normally on the outskirts of towns, certainly not in the middle of private housing estates. Here in Bigastro, the existing allotments are on the other side of the bypass. They are double the size though at 100m2. We can only hope that this new scheme does not drag down further the value of our properties.

Posted by Bigastroandbeyond at 10:03 am