Pedro Sánchez, has renewed the promise that, by the end of summer, 70% of the Spanish population, or about 33 million citizens, will be immunized against Covid 19.. The president acknowledged that the current rate of inoculation of 540,000 doses a week is not adequate, because in fact, with the current vaccination speed, Spain would need 174 weeks, more than three years, to be able to immunize its entire population.

The main problem has been supply. Spain expects  to "quadruple" the arrival of doses during the second quarter of this year. They are even planning to open mass immunisation centres e.g. the IFA conference centre near to Alicante Elche Airport to vaccinate the larger numbers of people. So far and after almost two months of the inoculation campaign, they have only managed to deliver 3,622,165 jabs to the communities, which have only served to immunize just over 1.2 million people with the full protocol of two doses.

It isn't as if there were not enough ordered as this diagram explains. 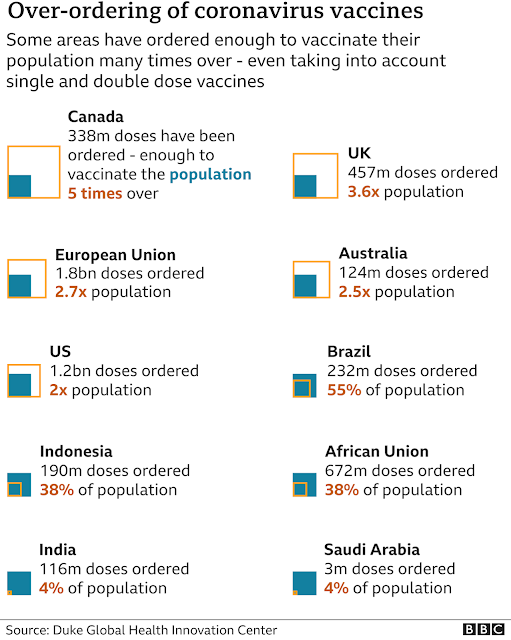 Posted by Bigastroandbeyond at 1:00 pm