A gift for the Queen 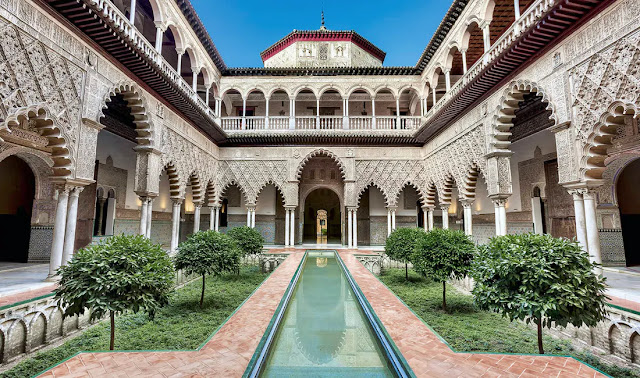 Built in the 12th century, the Real Alcázar in Seville is surrounded by around 7,000 square metres of gardens where 1,053 orange trees and 39 lemon trees grow.

Once they are picked this year, a crate of those bitter oranges will be made into marmalade and sent as a gift to Queen Elizabeth in England.

This is not something new. In the early 20th Century it was customary to send a gift of marmalade to the Queen of England but somehow that tradition got lost.

In my opinion, nothing beats marmalade at breakfast time. I like it both on toast or on bread.

I like the subtle flavour of lime marmalade, the sharper flavour of lemon, the tang of orange marmalade and best of all the distinct flavour of ginger marmalade made with or without rhubarb.

The oranges from my neighbour and friends here in Bigastro would not be good for marmalade, they are far too sweet and have way too much juice.

Posted by Bigastroandbeyond at 10:45 am