That was some stash of weed 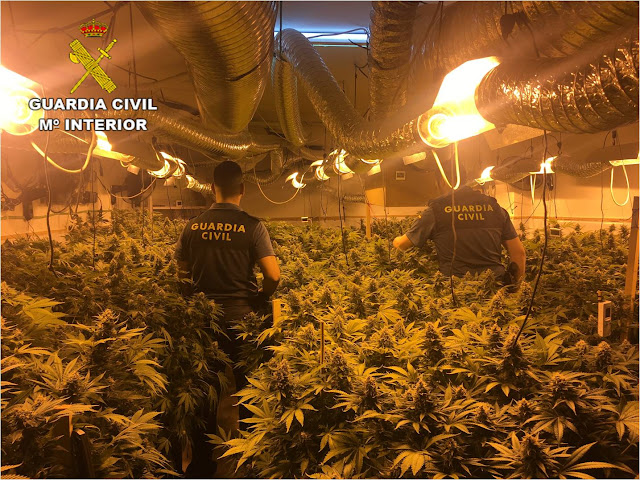 The Civil Guard of Dolores arrested a couple who had a plantation of marijuana in the garage of their house with a sophisticated system of irrigation, ventilation and lighting.

When the police arrived at the house in Catral, they could smell the marijuana from the street. Insside the garage they found 104 large plants. They also found two sawn off shotguns, one of which was already loaded along with a crossbow with two lead tipped arrows.

The couple, a 35-year-old Irishman and a 28-year-old Briton, were charged with a crime against the public health. In addition,they were charged with the illicit possession of weapons.
Posted by Keith Willliamson at 5:47 pm Labels: local news