Teresa May's Conservative Government clearly believes that teaching, like nursing, is a vocation meaning that financial reward is secondary to the satisfaction teachers get from educating children. The School Teachers’ Review Body (STRB) says there should be a 1 per cent increase for all pay ranges this year.

The result is that the Government’s own figures show that average pay for classroom teachers has only gone up by £300 - less than 1 per cent and have fallen behind inflation by 13 per cent since 2010.

This latest pay announcement will mean that figure increases to over 15 per cent. The pay being offered to newly qualified teachers would be over £3,500 higher if the pay cap had never been applied and schools would have far fewer difficulties in recruiting new graduates.

Compare that with MP's salaries which have increased from £65,738 in 2010 to £76,011 this year. The graph below shows how their pay has increased since 1977 when they were comparable with the average household wage and it shows the massive 10% increase they enjoyed in 2015. 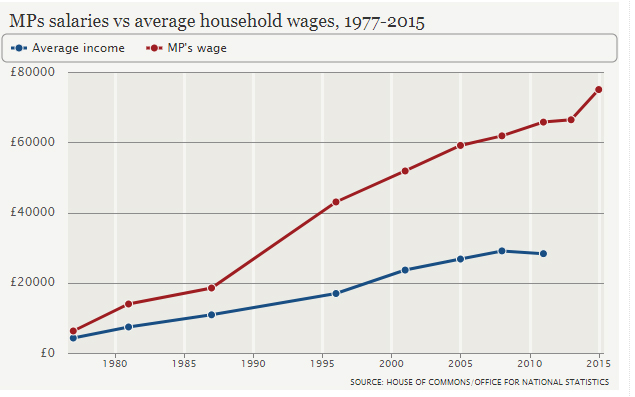