We are used to seeing council workers clearing the corner between Calles Alemania and Inglaterra. It happened every year or so.

This year though it is different.

First off a large digger and a tractor with a scraper arrived. The digger dug holes and removed large rocks which were then buried below the subsoil. The scraper followed around levelling everything off.

Then lorries arrived with what we imagined was topsoil which again was spread out to create a level surface.

The real action started on Monday. Sand, gravel and water arrived along with a concrete mixer. They have now started fixing green posts around the area that has been flattened.

We're guessing this is the start of some sort of park but we don't know. After 16 years of barren land, this could be a positive move forward. 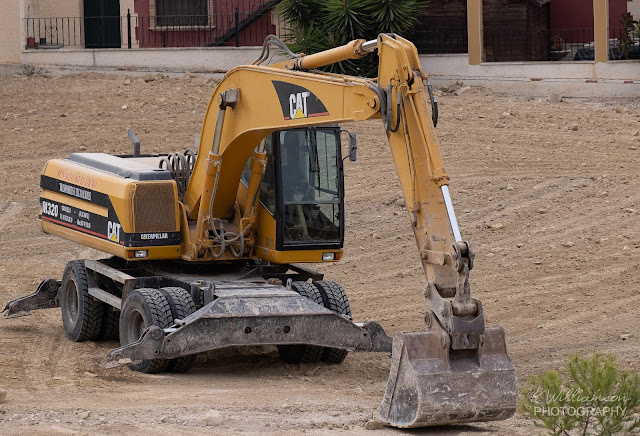 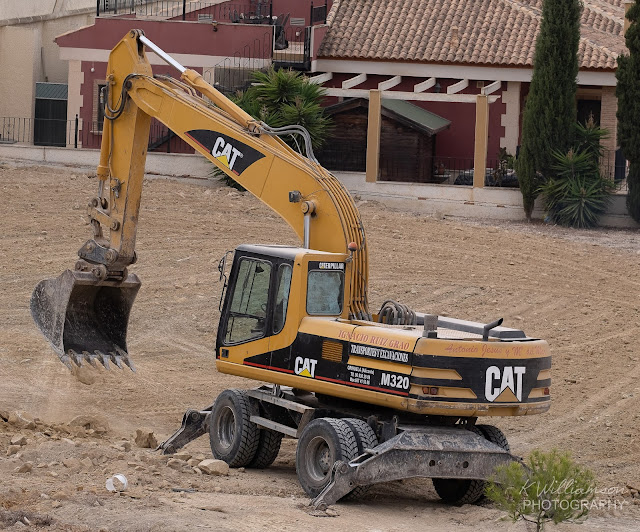 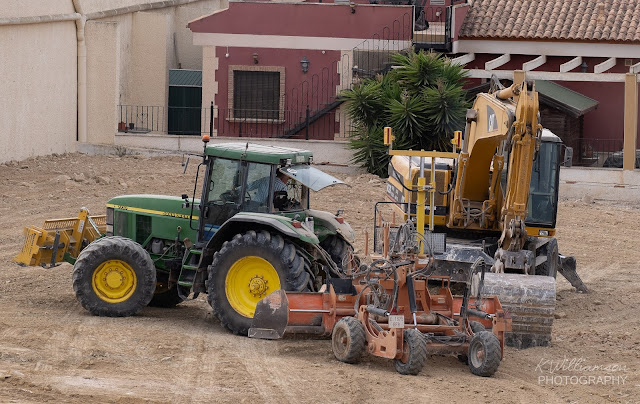 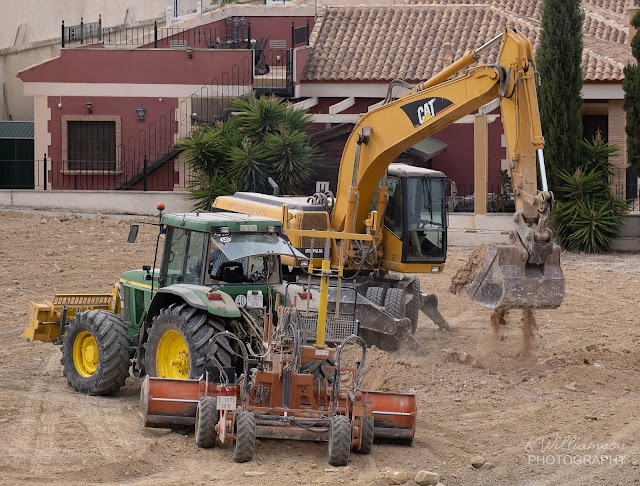 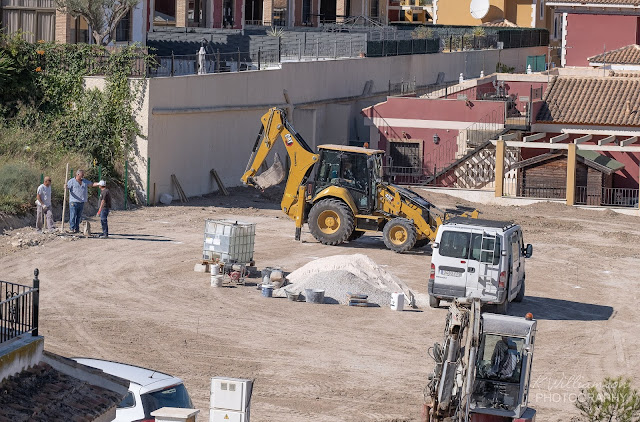 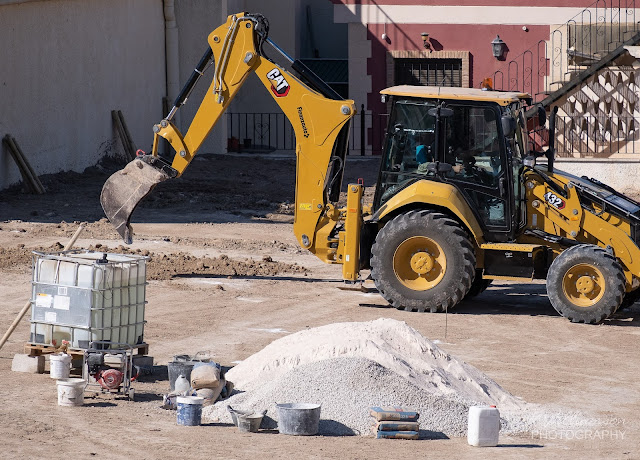 Posted by Bigastroandbeyond at 12:48 pm