Speeding the process up

Inoculating people at local medical centres was a complicated and slow process that was going to take too long to achieve the aim of protecting large numbers of the population.

The president of the Generalitat, Ximo Puig, has therefore announced that, from next Monday, a new stage in vaccination process will begin with the start-up of four large vaccination centres in the Valencian Community: the City of Arts and Sciences in Valencia, the Castellón Auditorium, the City of Light in Alicante and IFA in Elche.

Along with these four, 18 other centres will also will be used such as the ones in Orihuela* and Torrevieja,

The 22 centres will be staffed by more than 1,000 professionals who be able to administer more than 4,000 doses every hour. This plan will allow the inoculation of half a million doses per week.

Also from Monday, they will begin  delivering a brochure that includes a vaccination card with data on the type of immunization received, the date given and the number of doses. The document will also serve as proof of vaccination for travel and will incorporate recommendations, such as maintaining precautionary measures against covid after vaccination.

The card should not be confused with the vaccination passport that the European Union wants to develop.

Twice as many vaccinations in three weeks

The president of the Generalitat has highlighted that in the last three weeks the number of vaccines administered has doubled, going from 640,000 doses to 1.2 million. "We would like to go faster, but the pace depends on the arrival of vaccines," he explained.

* The one in Orihuela is where bigastrenses will be inoculated. It is at the Sports Centre on the CV 9242 - Avenida Doctor Garcia Rogel in the Palmeral part of the city. 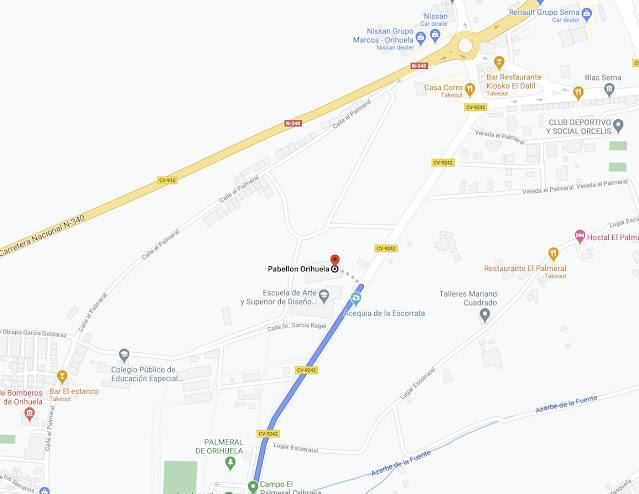 Posted by Bigastroandbeyond at 11:05 am