Does not make much sense to me

At an event held this morning in Rojales, the President of the Generalitat, Ximo Puig, announced "the need to improve communication between the interior of the region and the coast".
Planned work on the CV-95 will be aimed at increasing the capacity of the road, reducing travel times and, above all, improving road safety not only at intersections, but along the entire route.
The total budget allocation is 30 million euros, of which 4 million have already been invested in urgent works already carried out.
Also, the president has announced that Ferrocarrils de la Generalitat Valenciana has already been commissioned to study the viability of a railway between Orihuela and the coast.
If you were intending to turn the CV-95 into a dual carriageway from Bigastro to San Miguel de la Salinas, why would you build new roundabouts based on a single carriageway road? 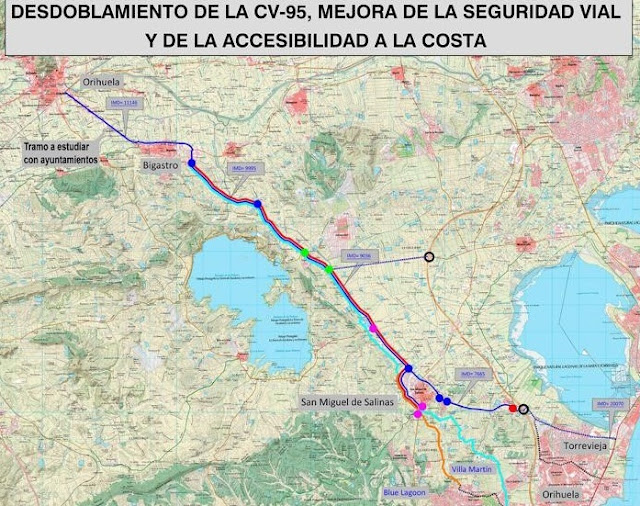 Posted by Bigastroandbeyond at 2:48 pm