The Sociedad Unión Musical de Bigastro now has a blog which you can find at http://sociedadunionmusicalbigastro.blogspot.com.es/ : this is one of the first articles from it.

“We start our journey in the new blog of the Musical Union Society of Bigastro  with "Musicians of yesterday, today and forever" and who better to start with than one of the two Directors  that have been invited to join us in the coming months so that we can choose the one to be finally elected to the post of Director of our band. 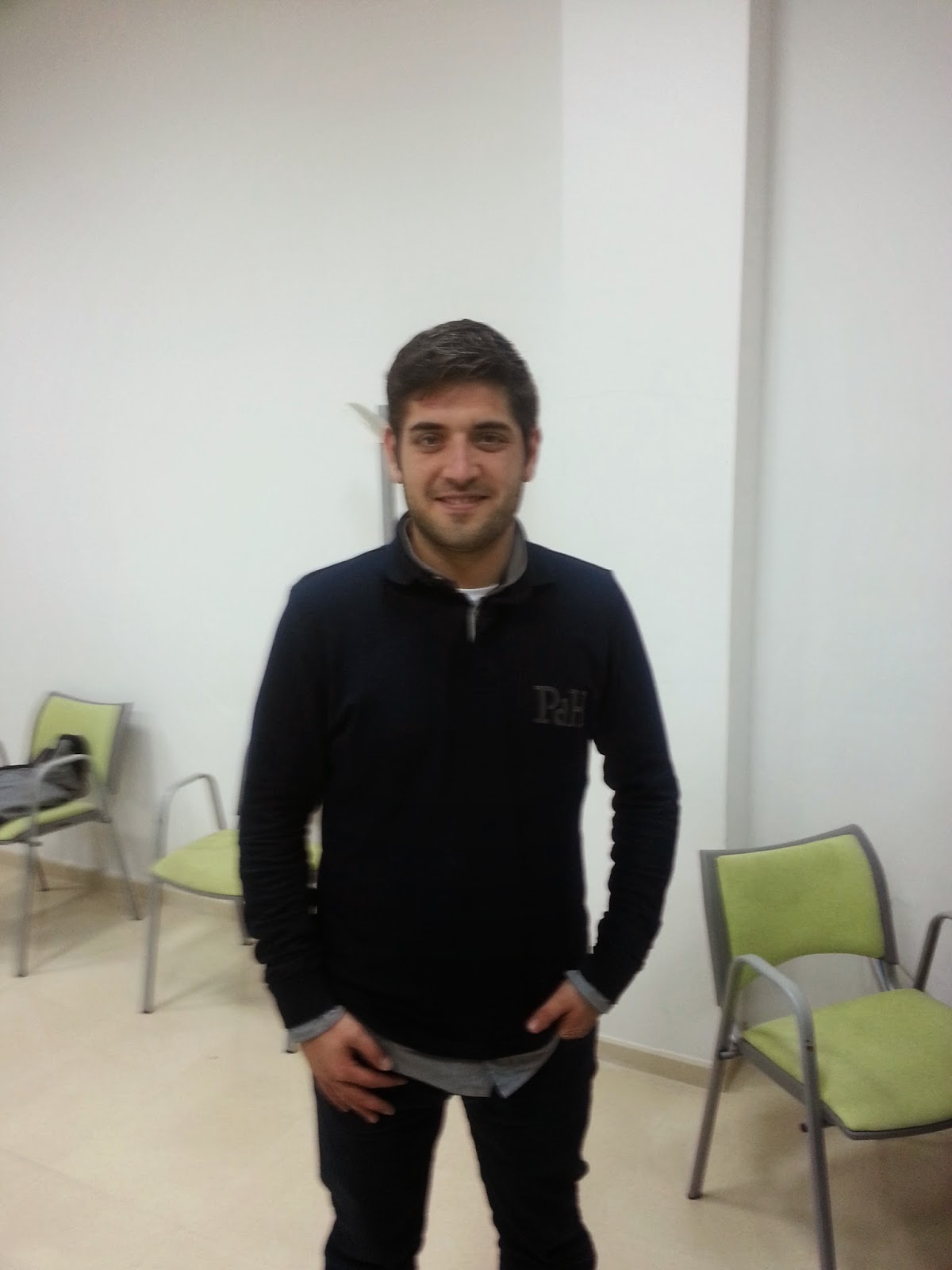 Diego Carrillo Soler (Redován 1986) who we would describe as polite, cordial,  a horn player, ambitious, excited about the project, consistent, good presence and musician, especially a musician.

Diego, how did you start in Music?

Well, I started in the music as a little guy, when I was 11, because I went to see a concert by the Redován band  and told my parents to sign me up for Music and the truth was I never thought that I would  get to where I am in today. Gradually I improved, especially because of the teachers and others who have had to have gotten me where I am now.

What is your current activity within Music?

Right now what I am doing is to combine studying and preparing  for the Conservatorio Superior, with my  work in the Orquesta de Elche as principal horn playe. I am  professor of horn at the Conservatoire de Caravaca (Murcia) also teaching horn in Denia, San Bartolomé, Redován and Abanilla.

Your instrument is the horn...

Yes it is the horn (hehe)

What aspirations do you have in the future?

The truth is there are many things I would like to do. I have been a few years perfecting the instrument, studying with different teachers and I am now entering the stage where I want to study more in this very competitive field.  Later, I want to expand my studies of composition which is something I love.

By growing up, all I can.


What would be your goals with SUM Bigastro?

Well my goal, as I said before, is to improve in everything that I can. I would look to making the Bigastro band much bigger  and obviously see it gaining in musical quality. As a specific challenge, I would love to win a contest in second or first section in both Alicante and Valencia, or even in nationwide contests ... and if possible internationally.

Have any individual or group awards?

I have many experiences in the Youth Orchestra of Murcia, a tour in Strasbourg, one in Vienna and Slovenia, another tour in New York and Chicago. Those to me mean more than a prize, better than  winning a plate because these were experiences which were unique and unforgettable.

What do you think of the Union Musical Society Bigastro?

I have known of the Bigastro Band since I was little.  I  always understood that it was one of the most important bands in the Vega Baja. Bigastro is a town with a great musical culture verified by my contact with Bigastro musicians. I have not seen a recent concert  by the band but I have met the musicians in the town.

A musician that you admire ...... Jose Garcia , son of Gabriel. A master musician  from head to toe

A director to follow ......... My teacher Jose Vicente Pérez Pérez and Carlos Kleiber.

A scenario that you enjoyed playing ....... Auditorio de Murcia and Zaragoza Mozart Room

A work untouchable ..... All are hard work and dedication.

Posted by Bigastroandbeyond at 10:11 am Labels: local news