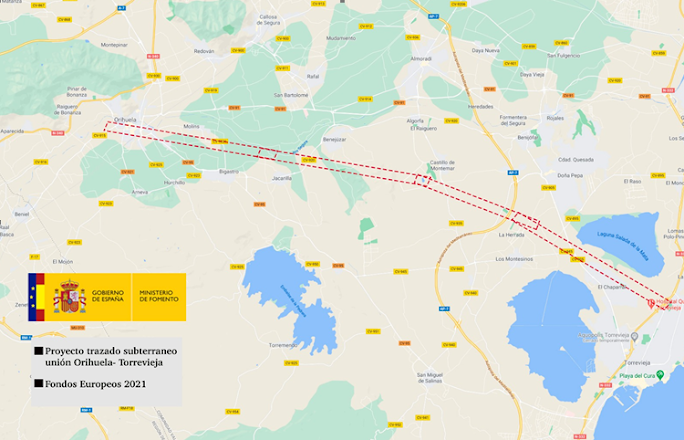 For years now, there has been talk of how to improve the flow of traffic between Orihuela and the coast via the CV 95. There have been plans to build a motorway with tolls, a dual carriageway and of course various routes have been discussed.

The latest plan is to build a 23km tunnel for both vehicles and trains. The starting point will be the train/bus station in Orihuela and on the coast there will be four routes to the coastal towns. It is also planned to have two intermediate stops at Jacarilla and San Miguel de la Salinas.

Building a tunnel, it is said, avoids all the problems of environmental impact and procurement of land.

Posted by Bigastroandbeyond at 8:55 am