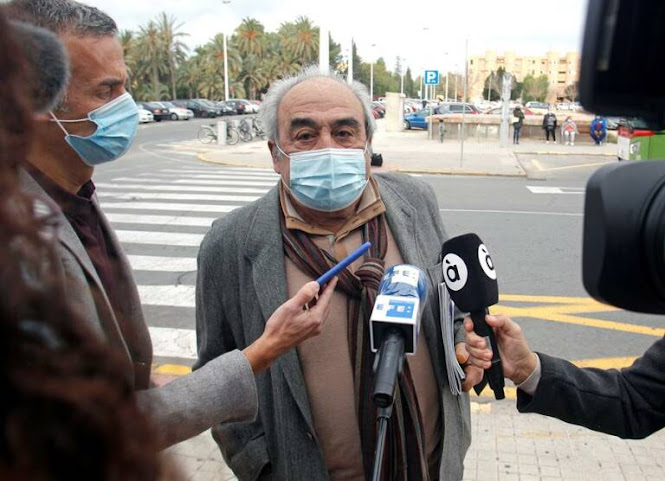 The former mayor of Bigastro for 25 years, José Joaquín Moya (PSPV-PSOE), is back in court accused of keeping 70,000 euros of public money, The prosecution are seeking 6 years in prison for Moya and 3 years 9 months for the former auditor, Antonio Saseta Maure,

The lawyer for the private prosecution by Bigastro city council, Marcos Sánchez Adsuar, says that the former mayor and the former auditor signed income orders where, in the end, there was a difference in money between what the businessman paid to the consistory and what actually reached the municipal coffers.

He has pointed out that there are two or three more similar cases that will soon be tried with the former mayor and the former auditor as defendants, for similar sales of land from partial plans where the misappropriation of public money is being investigated.

Moya was socialist mayor of Bigastro between 1983 and 2008, the year in which he was forced to resign due to a case of urban corruption, for which he ended up going to prison. The Anticorruption prosecutor reports that the defendants kept part of the money that a company paid to the council during the processing of the auction of a 30,000 square metre plot of land in the municipality.

The City Council offered the plot in February 2007 and awarded it in March of that same year for 2,250,000 euros to a company that paid the amount in several payments, some of which were in cash that did not reach the municipal coffers. Specifically, the two defendants are accused of keeping 26,000 euros that the company gave them in January 2007 to participate in the auction and another 44,440 euros that the successful bidder gave them in March of the same year.

Posted by Bigastroandbeyond at 9:27 am