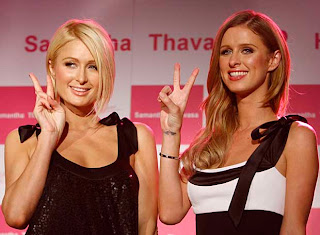 In an email sent to Fortune magazine, multimillionaire Barron Hilton, the patriarch of the family Hilton, has said that 97% of his 2,300 million dollar fortune will go to charity and not to his granddaughters Paris and Nicky.

The Conrad N. Hilton Foundation, was created by his father in 1944 and currently donates over 50 percent of its funds to projects outside the USA. For example 60 million dollars was spent providing drinking water in Africa in 1990

With their share of the remaining 69million dollars (estimated at 5milion each), the girls will not exactly be poor but they may have to think about what careers they might pursue.

Actually didn't Paris start a budding career in adult films with "One Night in Paris" a few years ago?