Honoured for his work

In a delightful ceremony yesterday, Pascual Segura was named as the official historian to the town.

My first contact with Pascual was when he was producing a blog about the history of the town. Soon after he launched a page on Facebook with old photos that people supplied him with.

As a musician in the band, Pascual became involved in sorting out the archives of the Musical Society to ensure that they were properly preserved for generations to come.

As part of his website project, Pascual decided to interview people in the town that he considered interesting. Thus I became the second person to feature on his website.  I had already supplied Pascual with thousands of photos of the band which he described as the archive for the future.

His next project was to investigate the scientist, Thomas Villanova. After an enormous amount of research, Pascual was able to present an illustrated talk about the bigastrense. He was also able to write a book which was published with assistance from the Province.

His latest research about the Auroros led to a further pamphlet which details the history of this tradition in the town.

At the same time, Pascual has produced articles about aspects of the town's history e.g. the time when it was bombed during the Civil War.

In my photos, Pascual being presented with his certificate from the town and then being congratulated by the lady mayor on receiving a medal to mark his entry into the Royal Association of Historians. 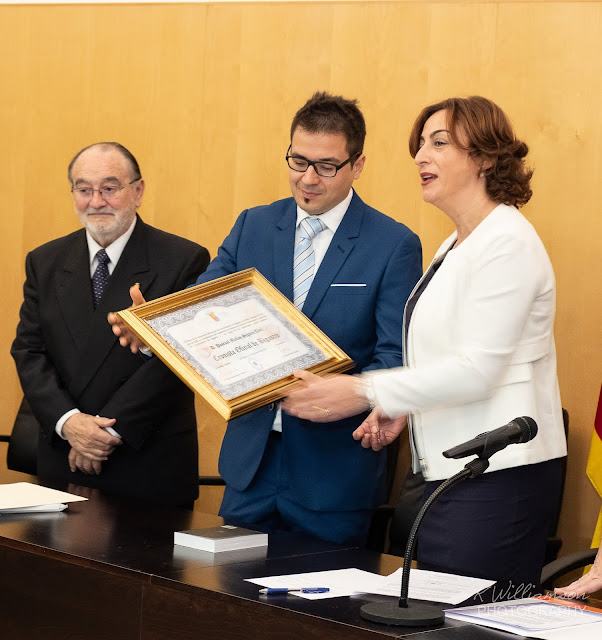 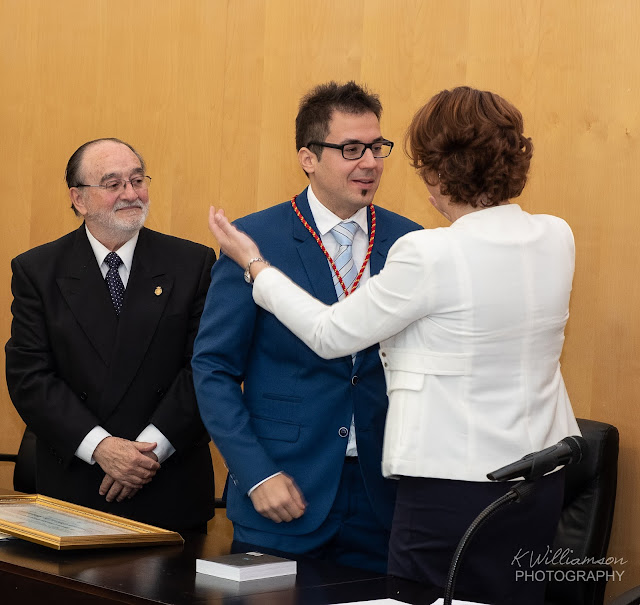 Posted by Keith Willliamson at 10:51 am