Whilst we were in Manchester celebrating our grandson's seventh birthday, there was a special mass held in the main park to commemorate the 200th Anniversary of San Joaquin in Bigastro. There was also the burning of a fallas in the park at Holy Cross.

Fortunately, my great friend and photographer Fonta was there at both to take photos. Those of you on Facebook can find them by searching for Fonta Bigastro.

Posted by Bigastroandbeyond at 10:59 am
0 comments 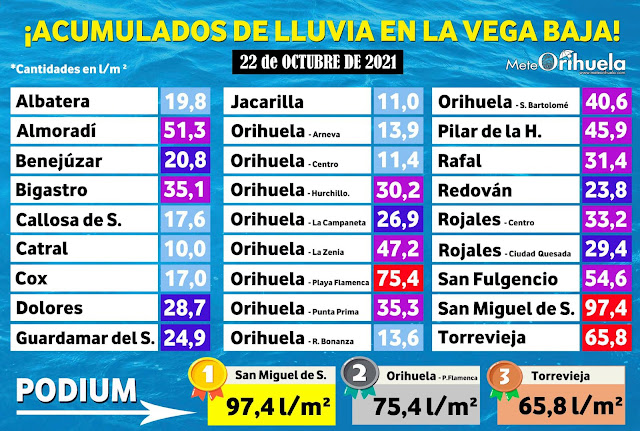 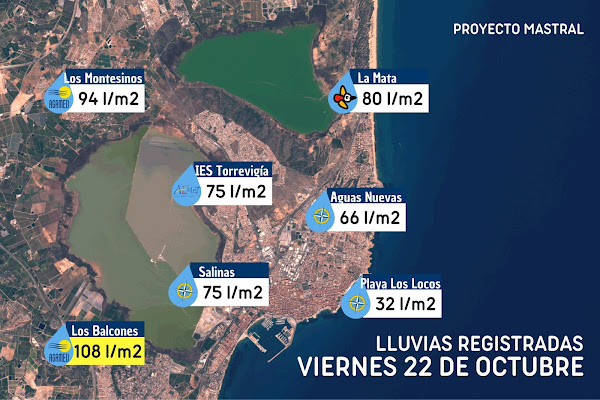 Posted by Bigastroandbeyond at 12:39 pm
0 comments

It's been a long time since the last fallas in Bigastro so they have pulled out all the stops to make this a special occasion. It is also the bicentenary of the first procession of San Joaquin so it was a double celebration. This photo is courtesy of my friend Fonta. 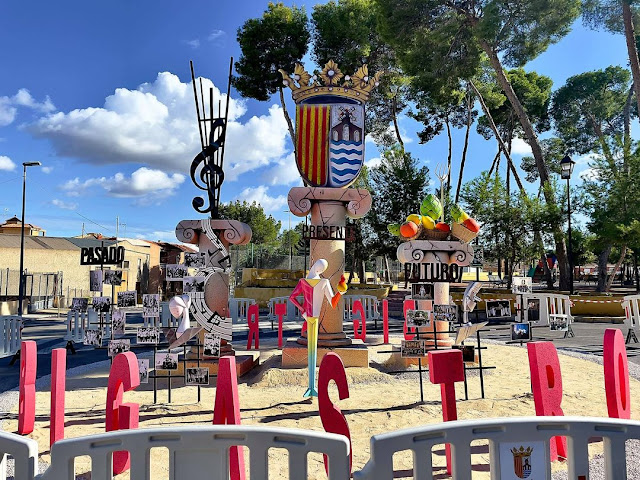 Posted by Bigastroandbeyond at 12:13 pm
0 comments

On October 5, 2021, the Public Health Commission approved the recommendation to administer an additional dose of  vaccine to people over 70 years of age , since age is the main risk factor for COVID-19. This additional dose will be administered six months after the administration of the second dose.

Previously, on September 16, 2021, the Public Health Commission approved the recommendation to administer an additional dose to people with high-risk conditions.

After the 25th October, Valencia will be sending notification to people to get their annual flu injection. It is thought possible that they may administer the booster Covid injections to those over 70 at the same time.

Like many of the people of our age in Bigastro, we had our second dose of Pfizer towards the end of May so we are looking at November as the possible time for us.

Posted by Bigastroandbeyond at 1:49 pm
0 comments

We've lived in Bigastro since November 2004 and there were some here before that.

So, after over 17 years of people living here, the council has now decided that we need pedestrian crossings on the roads of the estate and there are people painting them this morning as we speak.

Any measure that provides road safety for pedestrians is of course welcome.

Bigastro has lots of pedestrian crossings marked out. There are even some that lead from one side of a street to the other where there is no pavement and presumably nobody wanting to cross..

Like all road markings here, these are painted on the road rather than laid with white tarmac. In time the paint fades and wears off with traffic. No matter, sometime later a gang arrives to repaint them.

The blessing is that they haven't yet decided to put traffic calming humps on that road as they did on Calle Holanda.

On another note, there are people laying what I assume is a water pipe to the allotments. That may mean that we will see some growing activity there soon.

No need for Plan B

The UK now has one of the highest weekly rates of new reported cases in the world, and vaccination rates have fallen behind other European countries.

Data shows that approximately 67% of the population has received two doses of a COVID-19 jab, compared with 75% in Denmark, 79% in Spain and 86% in Portugal.

The UK government insists that there is no need to return to restrictions nor to implement its Plan B.

Their hope is that ramping up the vaccination programme to children aged 12 to 15 and booster jabs to those whose immunity has diminished will be sufficient. Because the UK was early on in getting vaccines into people's arms means that the need for booster jabs there is more urgent. The UK was slow off the mark to approve vaccines for children and is struggling to get those that are eligible to come forward. 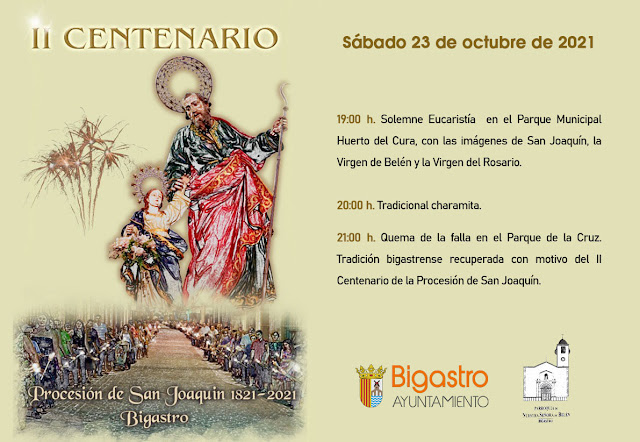 Posted by Bigastroandbeyond at 9:54 am
0 comments

Bigastro celebrated the 7th edition of the march for breast cancer.
Photos courtesy of the Town Hall. 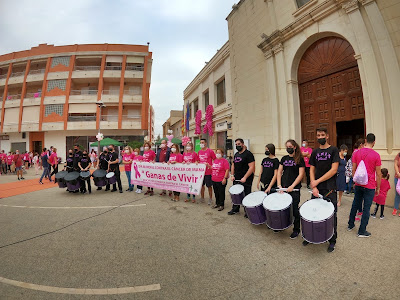 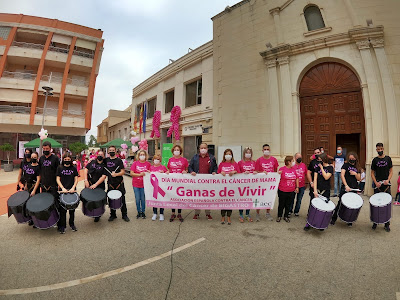 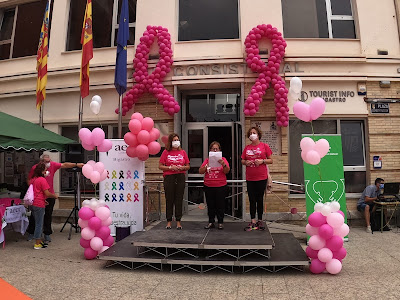 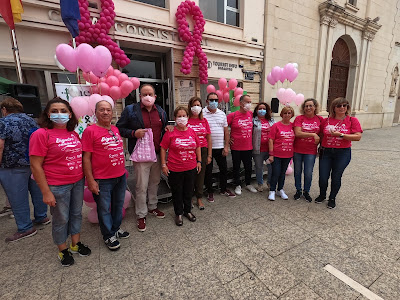 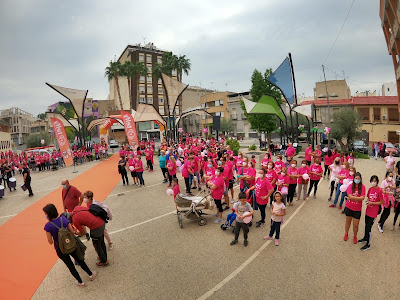 Posted by Bigastroandbeyond at 12:45 pm
0 comments

The Fallas returns to Bigastro

The Fallas was a custom created by carpenters celebrating the arrival of spring.  On the night of the 19th of San José's day, they burned the pieces they used to raise the lamps that illuminated them during winter. Today they have become a very important tourist attraction, classified as a festival of International Tourist Interest.

In Bigastro, this pyrotechnic festival began to be celebrated in the 50s where the fallas were installed in Calle Barrio Nuevo (formerly C / Queipo de Llanos) where, in addition to the pyrotechnic show, festivals and days of coexistence among the residents of the municipality were held .

The Department of Festivities of the City of Bigastro  wants to commemorate this festivity next Saturday, October 23rd at 9:00 p.m. after the campaign mass, where we can enjoy this pyrotechnic show.

This event is intended to recover this tradition - counting on the cooperation of artisans who will make the monuments that will later be burned.

Posted by Bigastroandbeyond at 12:32 pm
0 comments

Sex off the streets

When we first came to live here, Pam and I were surprised to find "ladies" at the side of the road. When our granddaughter visited, we explained that they were waiting for a bus.  We can't be the only people who find it awkward to explain why scantily dressed young ladies stand at the side of roads here. Spanish parents must be equally embarrassed by their presence.

Spain's Prime Minister Pedro Sanchez pledged on Sunday he was going to re-criminalise prostitution in the country.

Prostitution was decriminalised in Spain in 1995 and in 2016 the UN estimated the country's sex industry was worth €3.7bn .A 2009 survey found that up to 1 in 3 Spanish men had paid for sex.

One of the arguments for prostitution claims that, allowing men to pay for sex cuts down on cases of rape.

In 2019, Mr Sanchez's party published a pledge in its election manifesto to outlaw prostitution, in what was seen as a move to attract more female voters. The manifesto called prostitution "one of the cruellest aspects of the feminisation of poverty and one of the worst forms of violence against women".

However two years on from the election, no legislation has yet been tabled.

Posted by Bigastroandbeyond at 10:41 am
0 comments

Pigs are killing the fish

Taken from an article in the Guardian:

In August, scores of dead fish began washing up on the shores of the Mar Menor lagoon. Within days, the toll had climbed to more than five tonnes of rotting carcasses littering beaches. The stench was apparently unbearable.

This summer, as dead fish continued to wash up on the shores of Mar Menor, the regional government banned the use of fertilisers within 1.5km of the lagoon, hinting that blame for the crisis lay solely with the wide expanse of agricultural fields that border the lagoon. The central government was more direct, accusing local officials of lax oversight when it came to irrigation in the fields.

But nobody mentioned the pig farms that have proliferated in the past decade in the Mar Menor catchment basin.

In 2019, a report by Spain’s environment ministry estimated that these pig farms – which at the time counted nearly 800,000 animals – could be responsible for 17% of nitrogen in the Mar Menor aquifer.

Drone photography and satellite imagery of the area, collected in September by reporters working on the new investigation, appeared to show pig waste spilling out of slurry ponds, dumped on nearby land or stored in large holes in the ground.

The investigation’s findings echo the environment ministry’s 2019 report. In visits to 10% of the slurry pits in the Mar Menor basin, more than 90% were found to have not met regulations that waste from pigs must be stored in enclosed waterproof ponds, the report noted.

“Major deficiencies have been detected in the facilities to store livestock waste … the waterproofing is almost non-existent, allowing waste to leak directly into the ground and resulting in the contamination of the aquifer,” it added.

The number of pigs in the region of Murcia has soared to record levels, mirroring a rise in farms and slaughterhouses across Spain. More than 56 million pigs were slaughtered across Spain last year, 3 million more than in 2019, and rocketing demand for exports has Spain poised to overtake Germany as the EU’s top pork producer this year.

Posted by Bigastroandbeyond at 10:48 am
0 comments

There is a video on TV Vega Baja where Antonio José Meseguer Cabañés shows us his latest project for Bigastro.

It seems that the intent is to pedestrianise 2 km of the town centre to improve the prospects of commerce in the town. There will also be work done on the town's main park.

In the video, Antonio holds a map which shows the streets involved and we are given a quick tour of them. We need to see the map properly online to find out the full intentions. 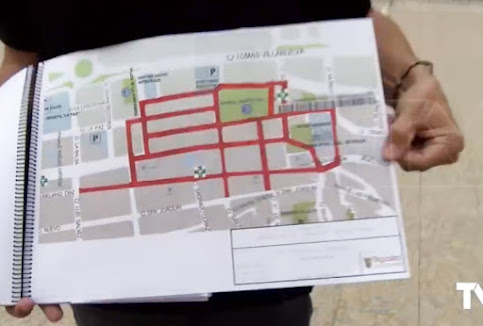 In June,  there was talk of creating 19 parking spaces on Calle Purisima whilst still keeping it pedestrianised. Perhaps that plan has now been abandoned. I can't say but for sure no parking spaces have been marked out.

Parking in the town centre has always been a nightmare. Finding a space on the streets is almost impossible. Perhaps the multi-storey car park that has been mostly closed since it was constructed will now be open and free for people to use.

Of course, pedestrianised shopping centres normally have service roads at the back of the shops where deliveries can be made. There is no such road at the back of the shops in Bigastro and no possibility of constructing one. I can only assume that provision will still have to be made for deliveries on the streets closed to traffic. I guess that the car workshop between Calles Mayor and Aureliano Diaz will have to close though!

Posted by Bigastroandbeyond at 12:19 pm
0 comments

The latest photo competition from the town hall involves you snapping your pet. Apparently the idea came about because October 4th is World Animal Day. 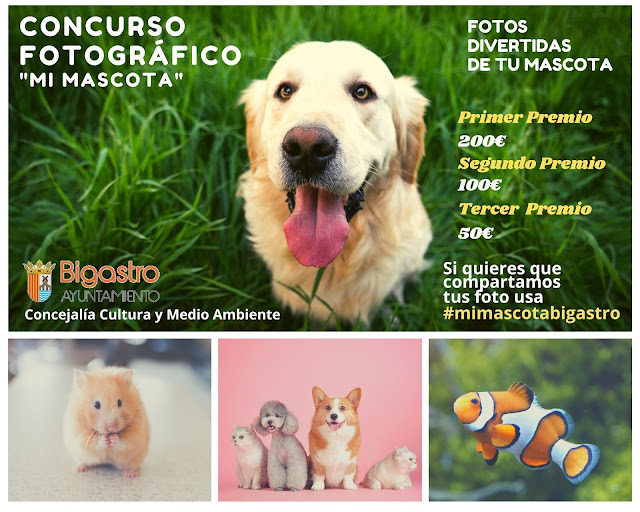 Posted by Bigastroandbeyond at 10:43 am
0 comments