Our thoughts are with them

Back in September 2019 this area was on red alert for rain. The torrential downpours lasted three days and left large parts of the Vega Baja under water. Many houses were flooded, some even destroyed. Roads were torn up and vehicles washed down roads by the force of water.

The clear up took weeks and the recovery a lot longer. They were dark days in the history of Bigastro and the Vega Baja.

Today, most of the UK is on orange alert for heavy rain and storm force winds as Storm Eunice batters the UK. Areas in the south are on red alert.

Reports already show travel chaos as trains and planes are cancelled, roads are closed and there are warnings of severe flooding in place for many parts of the country. The north and Scotland are suffering less from the wind but are being covered by a thick blanket of snow.

We sincerely hope that our family and friends stay safe and heed warnings.

Posted by Bigastroandbeyond at 1:12 pm
0 comments

It has been two long years since we had a Fiesta for San Joaquin.
In preparation for a return this year, the Town Hall is looking for young people  eligible to be members of the Infant and Junior Courts. 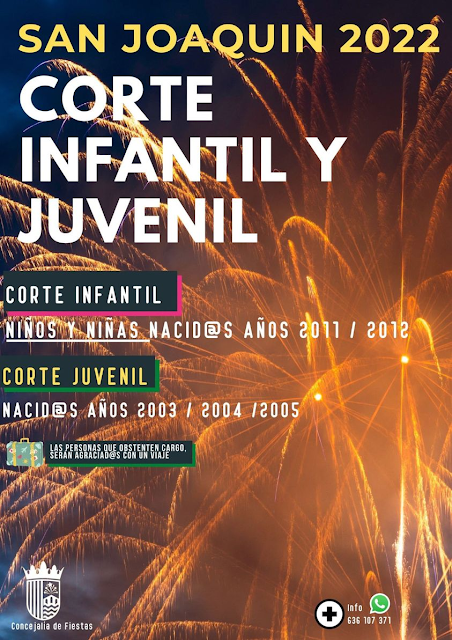 Posted by Bigastroandbeyond at 11:24 am
0 comments

Posted by Bigastroandbeyond at 2:04 pm
0 comments