Those of us who live in Spain with pensions from the UK are vulnerable to the exchange rate of the pound against the euro.

When the referendum vote was announced, the pound slumped and was near enough on par. That meant we had one third of our monthly income slashed at a stroke.

Gradually the pound recovered although not to pre-Brexit valuses.

With the mini budget that the new PM and Chancellor announced on Friday, the pound has nose dived meaning that we will have to be mindful of spending. Meals out, replacement items and fancy gadgets will be out of the question.

Posted by Bigastroandbeyond at 11:23 am
1 comments

We have been spared (so far)

Looking at the weather over the last couple of days, we were placed in the middle between two storms; one to the north that caused severe flooding and one in the south that did the same.

For example, whilst we had a few millimetres of rain in the night, Javea had 70mm in two hours followed by a further 35 milimetres a few hours later.

As per normal, the intense rain was localised - some areas were deluged whilst their neighbours were spared.

There are some horrific videos on Facebook that are reminiscent of  the flooding in September 2019.

Posted by Bigastroandbeyond at 10:24 am
0 comments

Times they are a changing

We weren't really fans of Strictly Come Dancing much in the early years. It's only in the last few years that we've become addicts.

Although we didn't watch the series where Anne Widdecombe clumped around the floor with Anton du Beke, we've seen the videos on YouTube. We did see Ed Balls and particularly laughed at his Gangnam style routine with Katya Jones.

However, Strictly is supposed to be a dance competition, not a comedy show Ultimately, the best dancers are the ones that should survive to lift the glitterball trophy.

In these days of inclusion and political correctness, we should expect radical changes to be made and so they have. We've  had dancers with prosthetic legs and then last year Rose Ayling-Ellis, who overcame the fact she could barely hear the music,  went go on and won.

We've also had single sex couples starting with Nicola Adams and Katya Jones who sadly had to withdraw, then last year, John Whaite and Johannes Radebe who were sensational.

This year there are two single sex couples; Richie Anderson with Giovanni Pernice and  Jayde Adams   matched with Karen Hauer. From their first performances last night,  Anderson looks like he is set to camp it up and Adams will stomp across the floor in a very wooden style. I can't imagine either of them getting very far.

The real surprise for us was the inclusion of  paralympian Ellie Simmonds who will dance with Nikita Kuzmin.

With five gold medals to her name, Simmonds is clearly a determined competitor. However, it is hard to imagine how a couple so mismatched in height will cope with the ballroom dances where being in hold is supposed to be so important. We shall see.

PS Let's hope Hamza Yassin ties his long mane up otherwise he could whip his partner off the floor with a fast turn!

Posted by Bigastroandbeyond at 10:45 am
0 comments 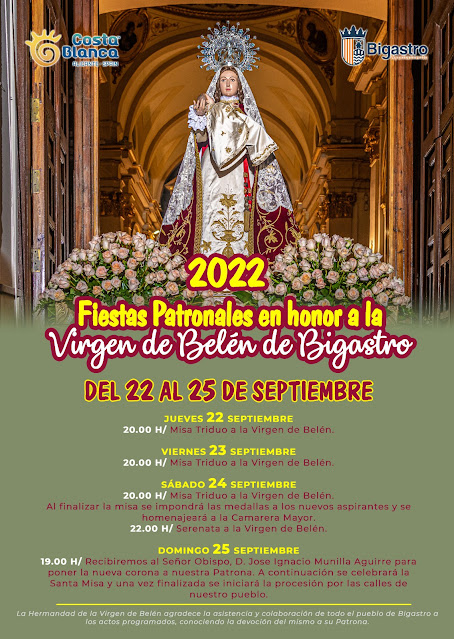 Posted by Bigastroandbeyond at 11:12 am
0 comments

We were only five years old when Princess Elizabeth became our Queen. Since then she has been a guiding light, an example of selfless service to the nation and a constant inspiration to all.

We followed her through Royal Tours, Jubilees and many other memorable occasions.

Through good times and bad, the Queen was always there, offering hope, unswerving love and devotion to her people.

Her infectious smile lightened our days and her mantra of “never explain, never complain” served as a fine example for us to follow.

We count ourselves most fortunate to have lived through the second Elizabethan reign. She will always be in our hearts as we were in hers.

Posted by Bigastroandbeyond at 9:47 pm
0 comments

You may be wondering why I haven't posted anything for awhile.

We were supposed to be going on a family holiday to Funchal last week. That had to be cancelled though, at least for us.

Pamela had been experiencing pain and swelling in her left leg for a few weeks. She'd been to the doctor who sent her for an x-ray. The conclusion was that her knees were shot and she needed replacement joints. Thee was no mention of the possibility of thrombosis.

However, the evening of the concert for San Joaquin we walked down from the Holy Cross to the Town Square and by the time we reached there, Pamela was in agony. It turned out that the concert had been moved to the Park and so she had to walk further provoking even more pain for her.

The next day we went to Urgencias at Vega Baja Hospital where they performed various tests.  The conclusion was that she had deep vein thrombosis in the left leg. Pamela was initially prescribed injections of Clexane (a form of heparin).

Pamela does not like injections and there was no way she was going to inject herself so I had to do it for her. Of course I am not a doctor and so I did not have the technique to perform the task without hurting her. Over the two weeks though, I have got better at it and mostly the process was pain free.

Thankfully, the clotting level has now increased to the point where she can just take Sintrom ( a modern form of warfarin). NO MORE INJECTIONS!!

Although the leg is still swollen when she stands on it for too long, it has improved a lot and should continue to improve over the next few months.

Flying and even driving in the car for any distance are out of the question for Pamela.  We also doubt very much that they will go ahead with the knee surgery until it is clear that the clot has gone but we shall see.

Posted by Bigastroandbeyond at 10:44 am
1 comments