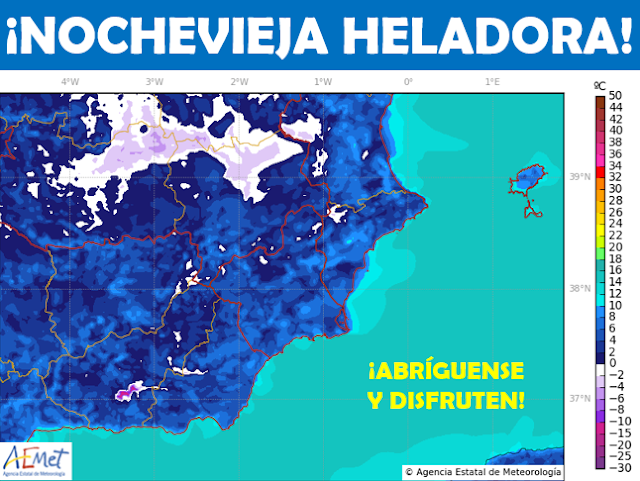 It will be a cold start to the New Year with temperatures in single figures for much of the region. Inland, it could get as low as -4.

Looking at the data from the weather station, the minimum was 4.5 degrees overnight last night and the current temperature is 18.9 degrees.

We were with the family in Manchester over Christmas and it was relatively mild there. Mind you, I still came back with a stinking cold.


The view from the webcam. 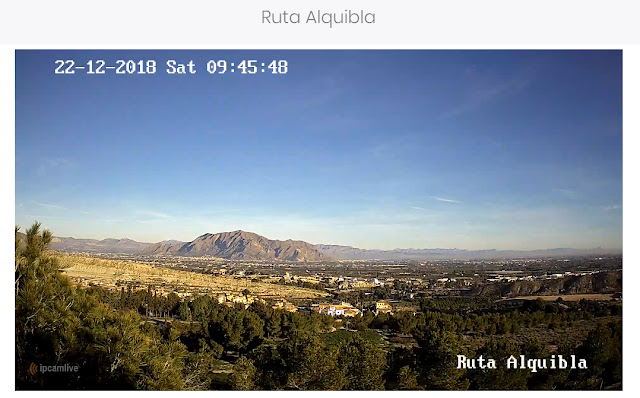 Posted by Keith Willliamson at 9:49 am
0 comments 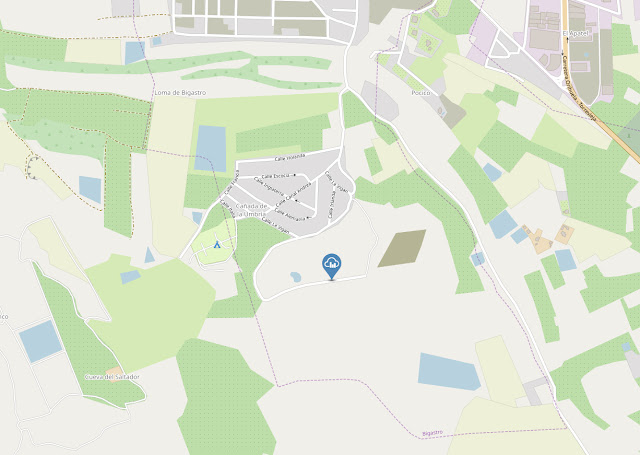 The new weather station is where I thought it might be, in the building they constructed a few years ago that never seemed to have any purpose.

Often, the weather is very local e.g. it may be raining cats and dogs in Los Montesinos but be dry as a bone here in Bigastro.

We can now get up to date information from instruments that are literally on our doorstep. It's almost like having a weather station in your back garden.

Of course, you may well say, "but I live here, all I have to do is look out the window to know what the weather is at the moment".

However, if you log into the Weathercloud service from the link I provided to the information from Bigastro, you can view a map of Spain and locate other weather stations located throughout the country. It is also useful if you are on holiday and want to know what is happening back home.

Posted by Keith Willliamson at 8:49 am
0 comments

A look at the weather

The Town Hall of Bigastro together with MeteOrihuela have set up a meteorological station at the highest point of the region, in the Paraje de La Pedrera.

In the picture from the local paper is Pedro José Gómez, director of MeteOrihuela, along with the mayor Teresa Belmonte, and the councilor for the Environment, Antonio Meseguer. 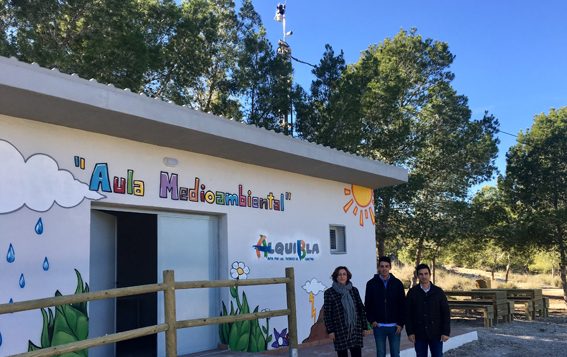 The new station will record data on temperature, humidity, direction and wind speed, solar radiation, atmospheric pressure and the ultraviolet radiation index. In addition there is a webcam that shows, in real time, the state of the sky.

The information from the weather station is available here.
Posted by Keith Willliamson at 6:38 pm Labels: local news
0 comments 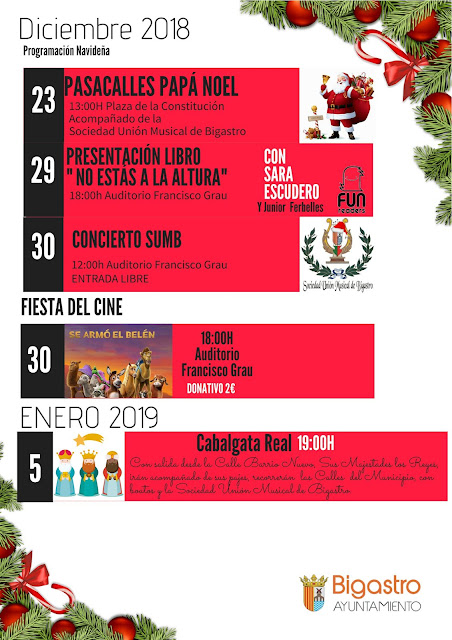 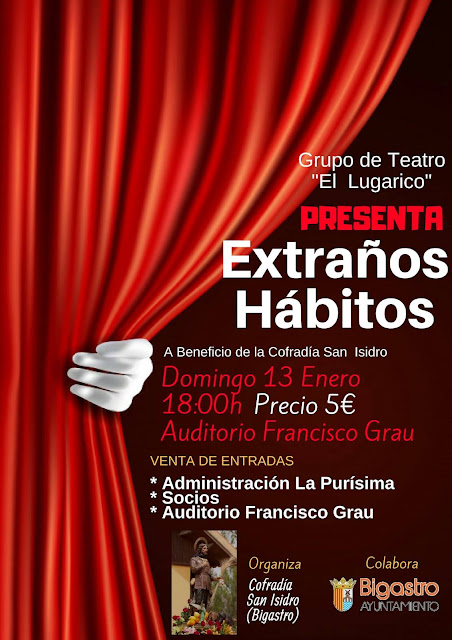 Although we've already seen the group perform this, we will be going again.

It is hilarious. Even if you can't follow all of the dialogue, you will understand the humorous content.
Posted by Keith Willliamson at 8:36 am Labels: local news
0 comments

This is a must 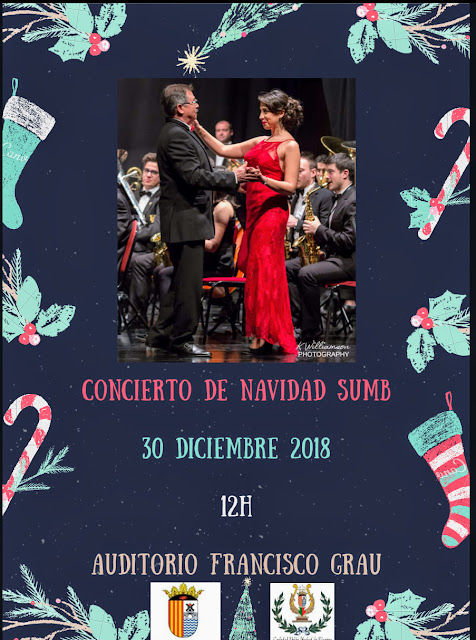 Well, for us it is!!! Although I think you would enjoy it as well.
Posted by Keith Willliamson at 8:32 am Labels: local news
0 comments

We bore the brunt of it 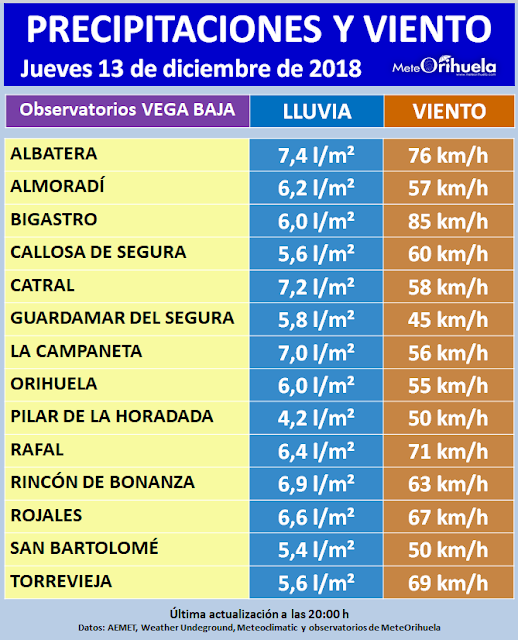 Often, when we have bad weather, Bigastro gets off lightly.

Yesterday was different though.

We had some heavy rain in the early afternoon and then it cleared up and the sun came out. The improvement didn't last though because the wind
quickly picked up and by evening it was blowing a hoolie.

About 8pm it seemed to calm down a little but again, that did not last.

Look at the chart which takes us up to 8pm and you can see that the wind was strongest in Bigastro by a fair margin.

It is still windy out there but nowhere near as bad as last night.
Posted by Keith Willliamson at 9:02 am Labels: local news
0 comments

Bound to be controversial 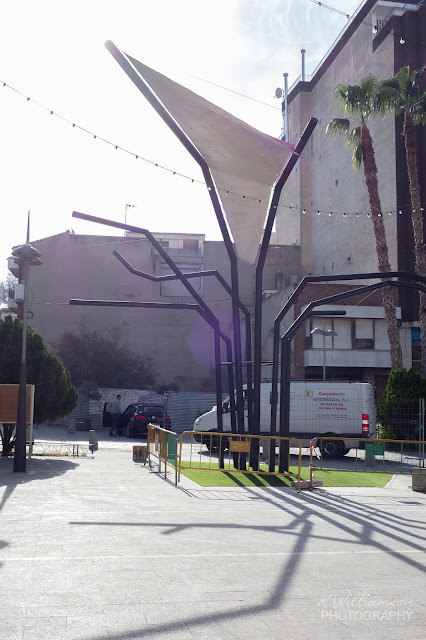 The new structures that have replaced the palm trees in the town square are set to divide opinion.

The fact is that the trees had grown too tall and served no purpose i.e. they provided no shade. In high winds, they were also dangerous.

The new structures are based on tree shapes and once they have their sails attached, there will be plenty of shade from them. 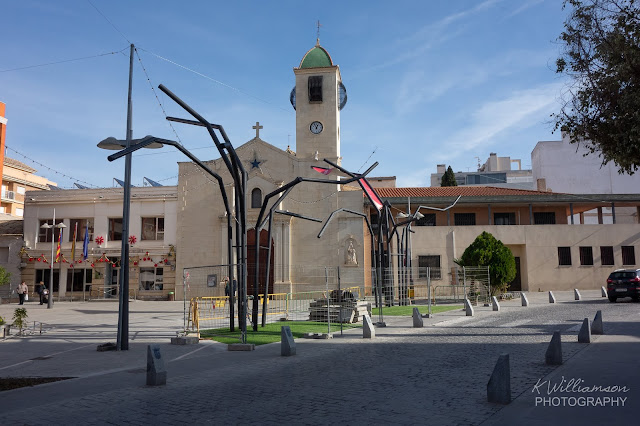 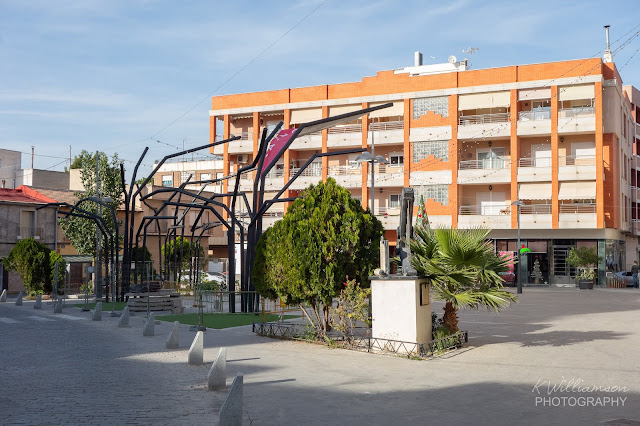 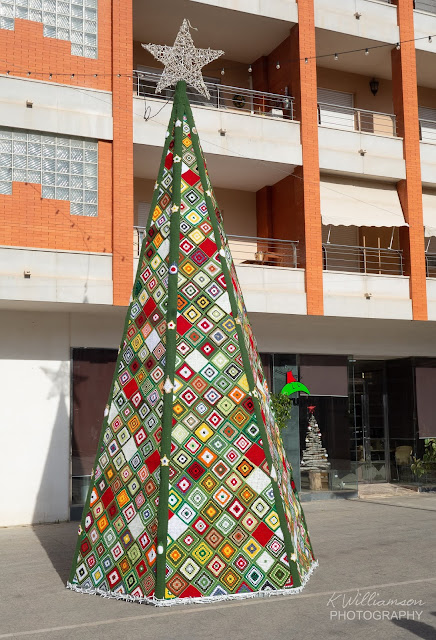 Not sure how it will fair if we get some heavy rain and those woollen panels get soaked. 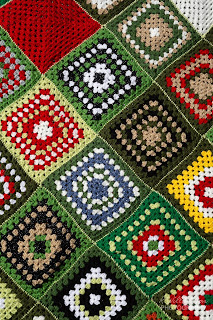 Those of you who follow Rubio Movil garage on Facebook will have seen the video they have posted showing all the happy customers who have bought new cars from them this year. If you watch carefully, you will spot residents from Villas Andrea taking delivery of their new Skodas.

Many congratulations to them, I hope that they are as satisfied with their new vehicles as we have been with the cars we bought there.
Posted by Keith Willliamson at 10:01 am Labels: comment
0 comments

Tomorrow, British Parliament will vote on the deal that the PM has negotiated for Britain's exit from Europe next March.

It seems that nobody, possibly including the PM herself, thinks that it is a good deal mainly because of the backstop agreement needed to prevent a hard border between Ireland and Great Britain. Many believe that the backstop could keep the UK trapped in the Customs Union indefinitely. They are also not too keen on paying the divorce bill that has been agreed.

It is a bit like those people on our estate who reluctantly sold their houses for less than they paid when they decided to return to Britain.

As things stand, it looks like parliament will vote against the plan and nobody knows quite what would happen then. Will there be a leadership challenge, a general election, a renegotiation, a second referendum or some other scenario?

Mrs May is desperately trying to gather enough support to see her plan gain approval. I understand that she is telling her MPs, that they should vote for the plan, not because it is best for the country but because if it fails there could be a call for an election and they may lose out to Labour. In other words, vote to save your jobs. If that is true, it is a pathetic tactic to say the least.

In the meantime, the wolves are gathering looking to pick out the flesh. I dare say Mrs May will need more than a tot of whisky and a tin of baked beans after tomorrow is over.

The sad truth is that we cannot trust anyone in politics anymore. The British public were lied to by both sides during the referendum campaign and have been lied to since. But who was telling the worst lies? We simply do not know what to believe and more important, who is actually working for the best interest of the country.


Posted by Keith Willliamson at 9:36 am Labels: comment
0 comments

A labour of love

The Christmas tree in the  Plaza de la Constitución must surely be unique because the six metres high by two and a half meters wide creation is  made completely from crochet patches.

NB These are NOT my photos. 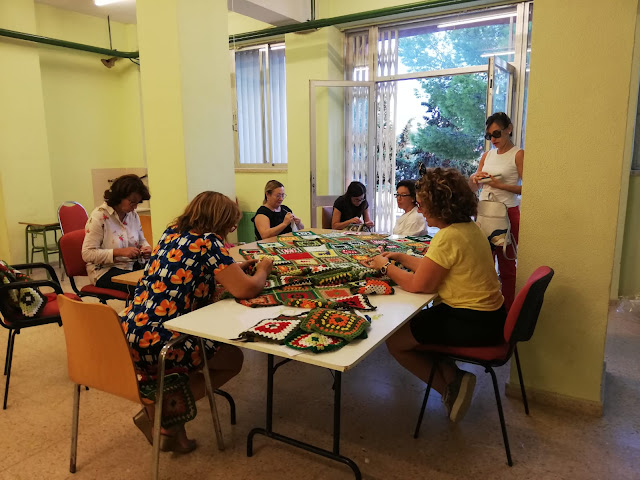 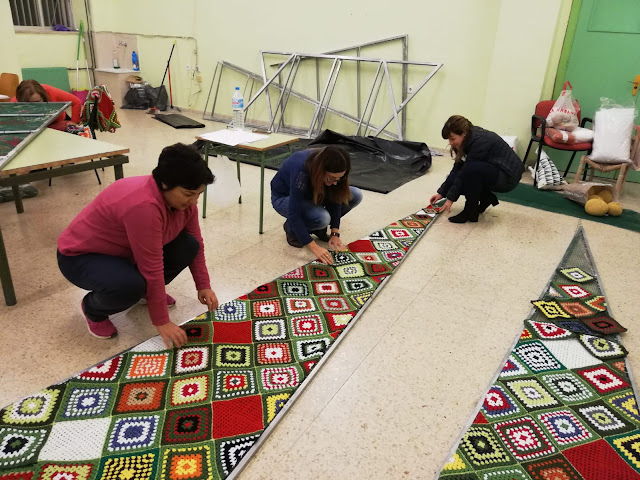 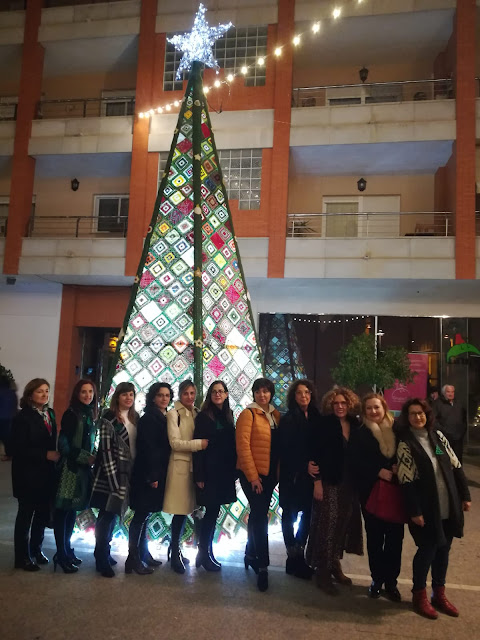 Posted by Keith Willliamson at 10:51 am Labels: local news
0 comments 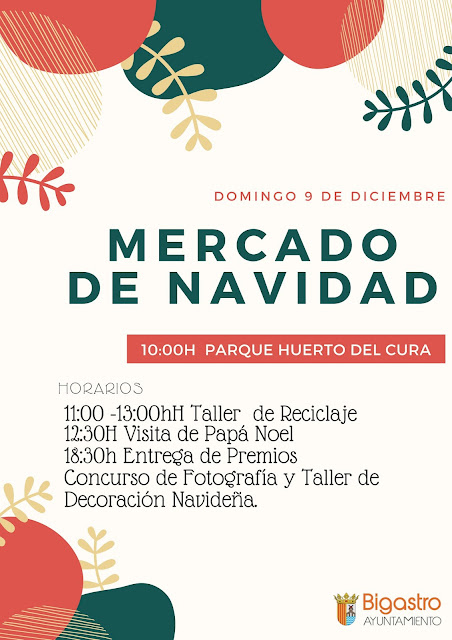 Posted by Keith Willliamson at 9:18 am Labels: local news
0 comments

I've been intrigued by Lego Technic models for awhile now and wanted to face the challenge of building one for myself.

The kit I bought makes two models, a rally car and a beach buggy. I chose to make the rally car.

In the box was a thick book of step by step instructions, bags with all the parts needed for the build and a sheet of stickers.

In the Lego kits that make one model, the bags are numbered so you are only working with a limited number of parts at a time. Because this was a kit to make 2 models, the bags were random so I had to work with all the bags at once. With over 1,000 parts, that proved to be tricky in the early stages of the build.

The model has some pretty impressive features; rack and pinion steering, suspension on all four wheels. doors that open, an opening bonnet, a tailgate that opens and turns out the rear quarter panels and an engine with pistons that move up and down as the rear wheels turn. 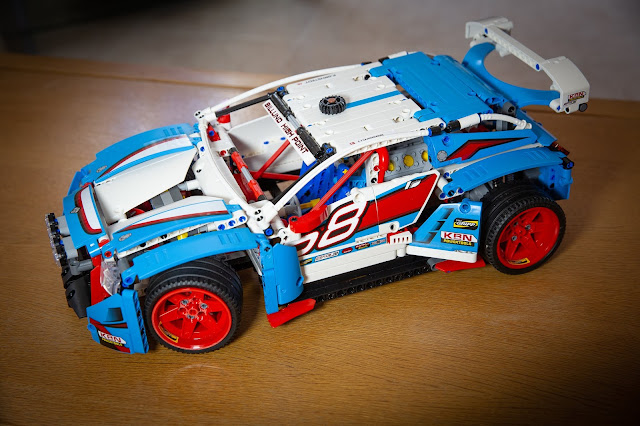 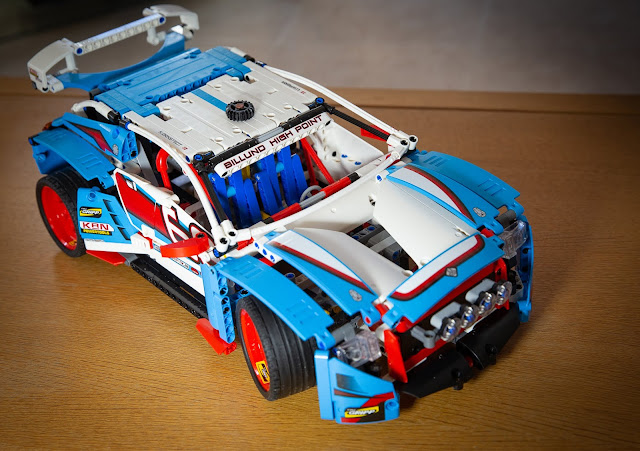