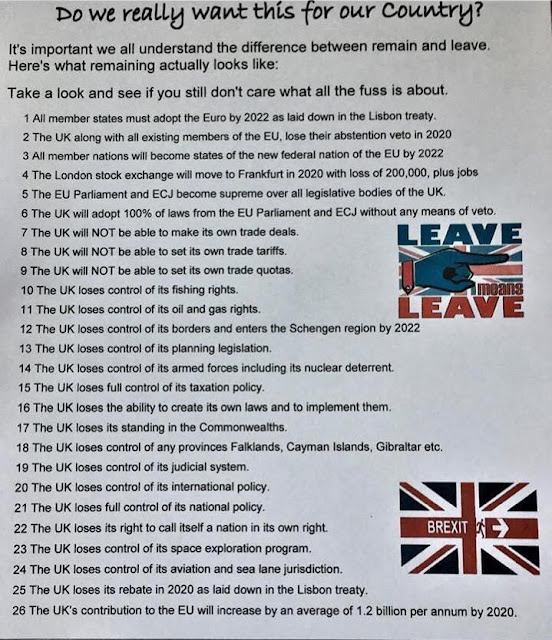 There has been a lot of fake news about Brexit since 2016 when the referendum voted leave.

Both sides have tried to whip people up and polarise them against the opposing camp.

This though has to be amongst the worst I have seen and came from one of the Facebook extremist groups.

It relies upon the fact that most people are unaware of the Lisbon Treaty and what it entails.

Those people who read this stuff  need to stop, think and ask themselves, "would the 27 other countries in the EU ever sign up to these rules?"  because if they apply to Britain, then they must also apply to the rest of the EU.
Posted by Keith Willliamson at 12:06 pm Labels: comment