What is going on?

To be fair, it is a long time since we had major problems with electricity here at Villas Andrea. When we first arrived and  were on "builder's supply",  it was a lottery. You could have periods of hours without electricity and even when it was on, the voltage varied quite a bit. Once we were connected to the National Grid, things improved a lot although there have been the odd blips.

My Smart UPS (Uninterrupted Power Supply or battery backup) has been sending messages to say that there have been a couple of power cuts over the last week or so but generally, there have been no interruptions during the daytime.

Apart from the email messages that the UPS sends, the clock on the oven goes back to 12:00 and needs resetting. They are both sure signs that we have had problems.

Previously, I had my Internet router connected to the UPS and so we did not lose our connection when the power went off.  Now that we have a fibre connection though, we have the supplied router in our bedroom acting as a modem and a wireless router in the spare room that connects everything to the network. Neither of these are powered via the UPS and so, when the electricity goes off, so does our connection to the Internet.

Far more serious though, with the electricity off, we can't make that vital first cup of tea in the morning. In desperation, one time I went outside and boiled water on my gas barbecue but that needs cleaning after last night's meal. For now, the electricity is back on and I have my brew by my side, let's hope it stays that way.

Friday:- we now have two men digging down to find and hopefully repair the leak. Once they have done that, I expect them to come and repair our walls. 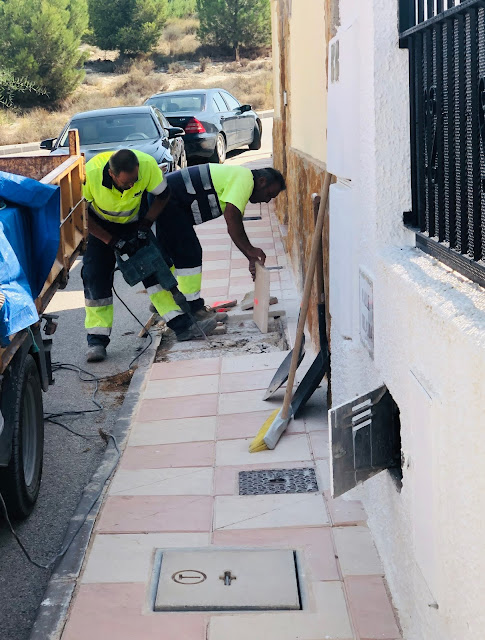 Posted by Bigastroandbeyond at 10:47 am Labels: local news

This widget shows the exchange rate for a chosen currency pair. The user selects the base currency and the quotation currency from a list in the widget settings. It possible to choose from more than 150 world currencies. The market value is automatically updated in a time interval or after a click on the course. To know practically please visit here https://fxwidget.io/