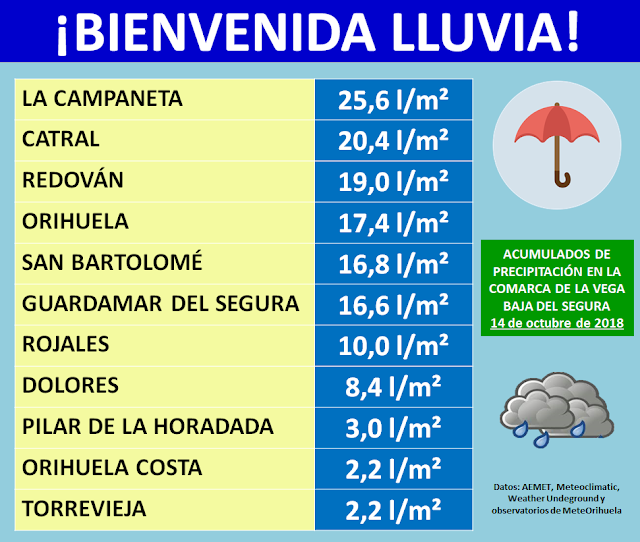 We were expecting rain all day. When it came it was pretty much full on but fortunately short lived.

I've watched a video of a stream running through the streets of the town but it hardly came close to videos from Mallorca, Granada and elsewhere last week.

As you can see, coastal areas had barely more than a shower whilst inland there was over 10 times the amount of rain.

What was strange because we weren't warned about it, was how the wind suddenly picked up at about 8pm. Pam and I quickly took the sun umbrellas down and moved the chairs outside only to find that half an hour later all was calm again. Most strange!
Posted by Keith Willliamson at 9:20 am Labels: local news