The councillor for Urbanism of the Bigastro City Council, Antonio Meseguer, has presented the start of works in different streets of the old town, which will mean a significant change in the image of this area, with an investment of more than 600,000 euros.

The mayor explained that the first phase has just begun, which consists of remodelling the entire drinking water network, with a change in both the network and all the water connections that are more than 50 years old using materials such as lead . "These were the first networks that supplied the municipality with drinking water," said the mayor, who has stated that 160,000 euros have been budgeted for this work that is already underway.

The second phase of this project, with more than 450,000 euros of investment, will begin next week and has an execution period of three months.  This involves a complete renovation and improvement of the  the  town's pavements .  The improvement to safety, accessibility and above all a semi-pedestrianization, further restricting the passage of vehicles will give greater prominence to the pedestrian. 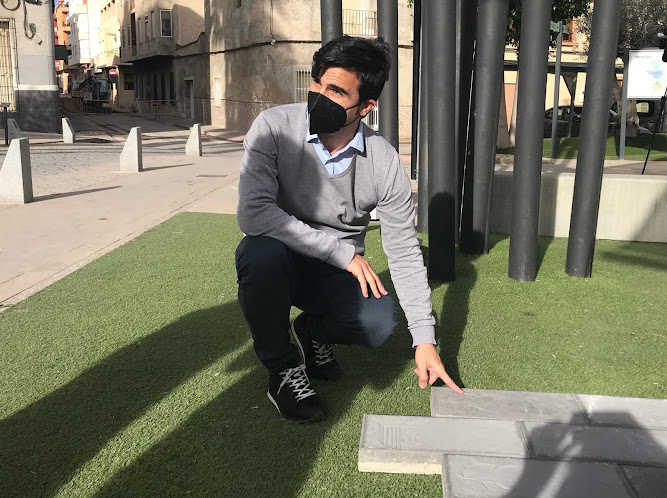 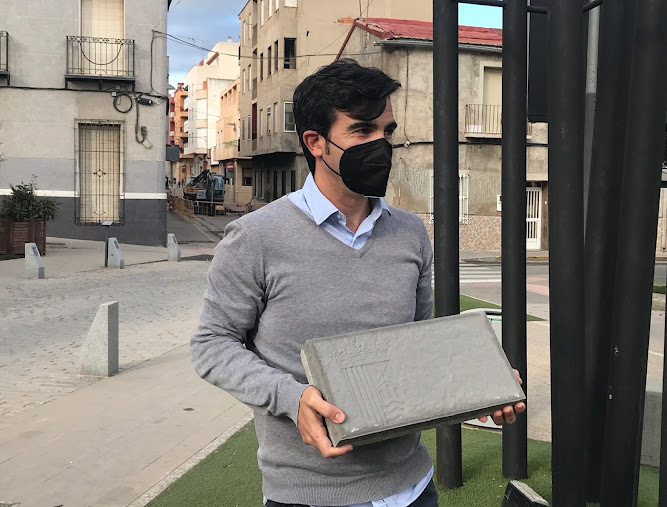 There will be a new led lighting and a new pavement designed exclusively for Bigastro by Terrazos San Joaquín who have more than 50 years of experience in the manufacturing sector.  The personalized pavement bears two great hallmarks for the municipality, its embossed shield and three orange leaves, which  symbolize agriculture,  the profile of the Bigastro hill, and a third leaf that joins the field and the orchard.

As for the characteristics of the new paving. According to Meseguer, it is more resistant, durable and less slippery in the rain, "a pavement with more quality and better aesthetics that is the objective of this council."

Posted by Bigastroandbeyond at 9:45 am