The bells were appealing

Watching the Olympics, it was obvious from their faces the great satisfaction and pride that the athletes felt - not just those that won medals but those whose performances met their personal best as well.

It struck me last night, at the Concert for San Joaquin, that the musicians in our band must experience the same satisfaction when they have played well. The beaming delight on their faces and the face of the director said it all last night because it was a triumphant performance.

The challenge of playing  Pyotr Ilyich Tchaikovsky's  1812 Overture was met with aplomb. There were no cannons but there were church bells and it was magnificent. In fact the whole programme was an absolute  delight to listen to.

If you have never listened to my recordings of the band before, I suggest you listen to this one. 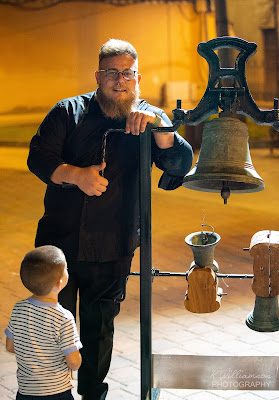 PS The band have played the 1812 Overture before. I recall it was at a similar concert held in the Town Square but I can't remember the year and who was the director then. I'm sure Pascual Segura (the archivist for the band) will know the answers to my questions.

Posted by Bigastroandbeyond at 1:41 pm