May he rest in peace

You may have wondered why the flag on the roundabout at the entrance to Bigastro is at half mast. It is in honour of  José Calvo Sáez,  mayor of the town between 1979 and 1983 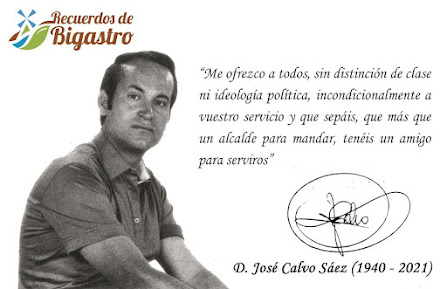 Born on February 26, 1940, Don José Calvo Sáez was mayor of the town between 1979 and 1983. Under his administration,  Bigastro grew in every way with infrastructures that we still enjoy today.

He was a good man who knew how to leave an indelible mark among his neighbours, with deep affection for his Bigastro, a municipality where he was born and grew up, and which now welcomes him into eternity as  part of its history.

Posted by Bigastroandbeyond at 10:09 am