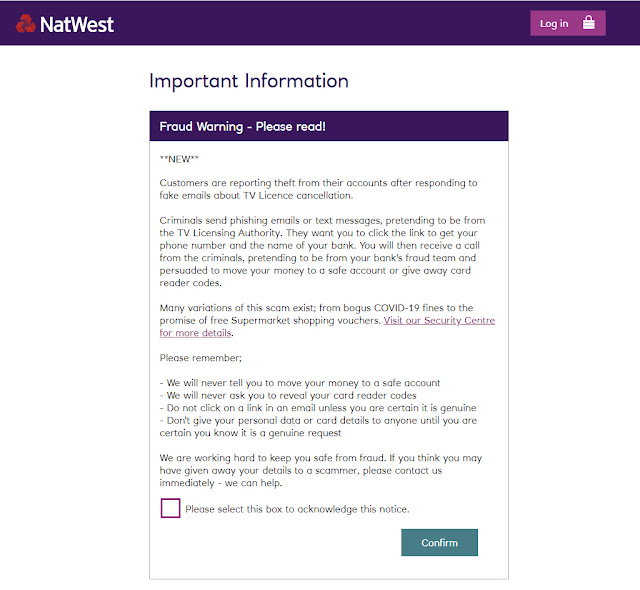 In these uncertain days where normality has been turned upside down, criminals are trying to cash in.

The TV license scam mentioned in this genuine notice from my bank works in one of two ways both of which are aimed at clearing money from your account.

I've had two emails that supposedly came from local supermarkets (Aldi and Mercadona). Both claimed that I qualified for a voucher. All I had to do was click on the link to obtain my reward. No doubt, if I had followed the links, I would have been asked to give my bank details. Fortunately, I smelt a rat and deleted both emails.