A few years ago, our next door neighbour suffered from two leaks in the main water pipe.
Then last October we had a leak which cracked the garden wall between our house and the street and our house and our neighbour's.
A few weeks ago we noticed a patch of mould at the bottom of the wall between us and the street which was further down from the previous leak. Gradually, the mould spread and there was a patch of wet on the terracing.
As it happens, the same man who repaired the leak last October came out and he remembered us. This time the leak was easier to find and has now been repaired. Fingers crossed we don't have another.
Out of interest, the man told us that the street where they had experienced the most leaks was Calle Holanda. 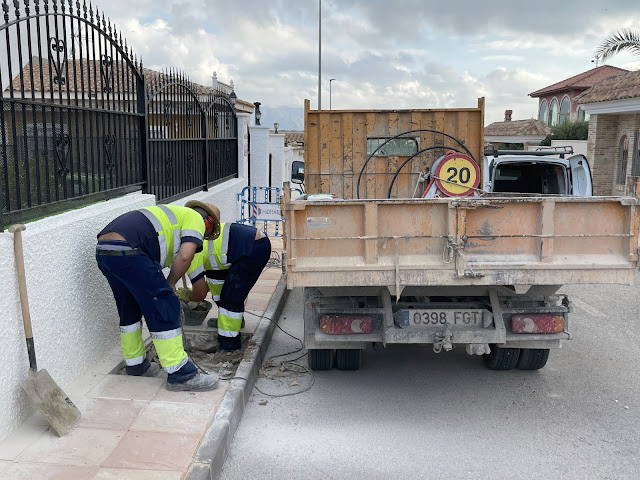 Posted by Bigastroandbeyond at 10:51 am