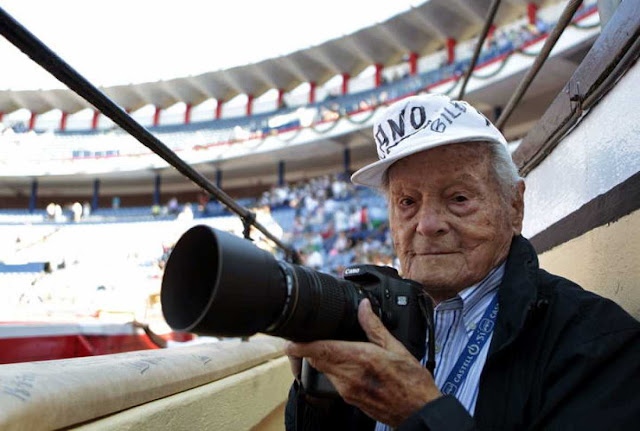 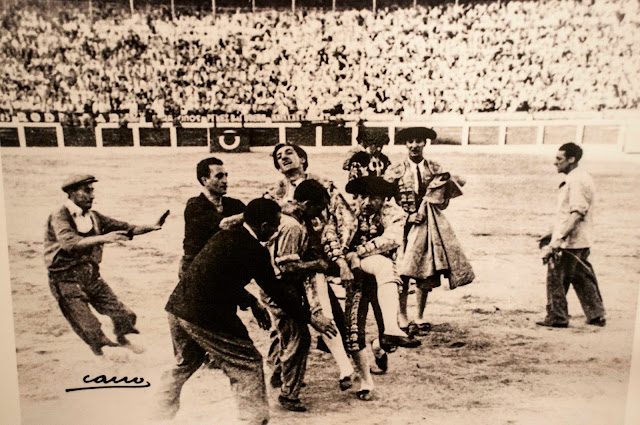 Manolete was considered to be one of the finest bullfighters of all time. His style was sober and serious, with few concessions to the gallery, and he excelled at the suerte de matar — the kill. Manolete's contribution to bullfighting included being able to stand very still while the bull passed close to his body and, rather than giving the passes separately, he was able to remain in one spot and link four or five consecutive passes together into a compact series.

Just days before the 28th August 1947 the announcements appeared at the Linares Bullring (Jaen) that Manolete would fight the fierce Miura bulls alongside Gitanillo de Triana and Luis Miguel Dominguin. Thousands flocked to see their hero in the ring.

With Manolete’s first bull he fought a brilliant faena, then came his second bull, the fifth of the day. The bull was called Islero and it was a truly fierce Miura. After another superb demonstration of bullfighting Manolete prepared for the kill. The steel of his sword disappeared deep into the beast but immediately afterwards the bull’s horn dug deep into the bullfighter’s right thigh. Manolete complained bitterly as he was carried to the infirmary.

In the bullring he was awarded both ears of the bull for his display. But back in the infirmary he was given several blood transfusions but his state remained grave. Dr. Giménez Guinea, then official doctor of the Madrid bullring was called upon to attend, arriving at 4 o’clock. Within an hour the great matador was dead. The tragedy left the whole of Spain and all the world enthusiasts in a complete state of shock.

In response to Manolete's death, General Francisco Franco, then dictator of Spain, ordered three days of "national mourning", during which only funeral dirges were heard on the radio.