Not for the feint hearted

When we watch the riders climb Mont Ventoux tomorrow let us remember that this is not the steepest climb that cyclist face in the Grand Tours. That honour goes to the Alto de l'Angliru which features in the Vuelta a España.


The organisers of the Vuelta a España wanted a mountain to rival Alpe d'Huez and Mont Ventoux in the Tour de France and the Mortirolo Pass in the Giro d'Italia. 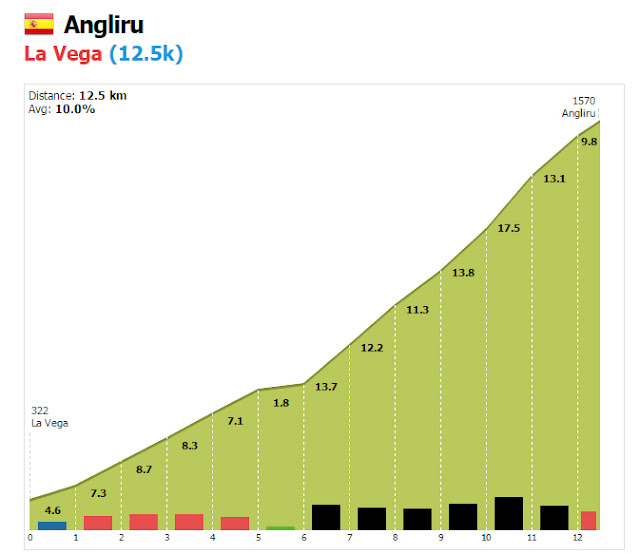 During stage 15 in 2002, riders climbed the Angliru in rain. Team cars stalled on the steepest part, some unable to restart because their tires slipped on messages painted by fans.Riders were caught behind them and others had to ride with flat tires because mechanics could not reach them
Posted by Keith Willliamson at 12:22 pm Labels: comment