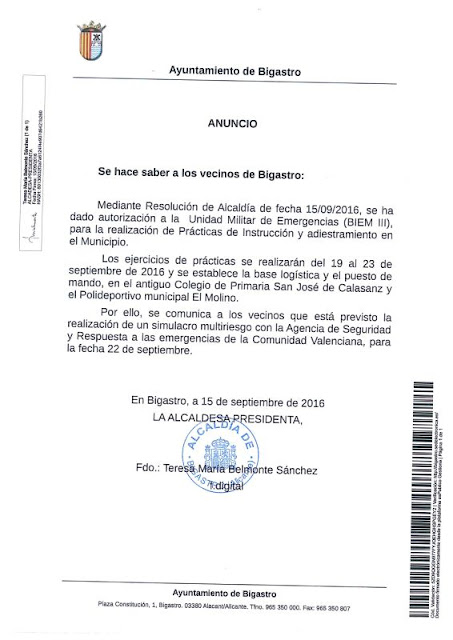 The III Battalion of the Military Emergency Intervention Unit is taking part in an exercise in Bigastro.

The aim is to improve their level of response to the effects of flooding and to develop better cooperation between the various agencies that would be involved.

The 400 soldiers along with about a hundred vehicles are camped out at the Sports Centre and the old  primary school.

The culmination will be a major exercise on Thursday, the details of which are not disclosed in order to maintain the element of surprise.

The last major flooding was in 1987 when the "gota fria" that year caused the Segura to burst its banks and flood towns in the area.

Posted by Keith Willliamson at 9:26 am Labels: local news