More than 500 members of the security forces and 144 vehicles along with 2 helicopters were deployed yesterday to recreate a mock flood caused by the overflow of the river Segura and a seismic catastrophe.

The activity was organised by the Valencian Agency for Safety and Emergency Response and the Emergency Military Unit (UME) who used all means at its disposal to address the situation by land, water and air solving in real time a variety of  different incidents.

The marshlands at La Pedrera was the venue chosen to perform the  maneuvers which recreated a great flood following a cold drop situation leading to the collapse of the Segura in Bigastro and Orihuela.

The catastrophe had claimed several victims including survivors and the dead. The joint operation used two helicopters, various inflatables, specialised canine units and divers to scour the marsh. They  also practised  diverting a river channel. In this case using the water outlet that provides resources from the desalination plant of Torrevieja to La Pedrera by placing sandbags and other items found able to hold the water back. 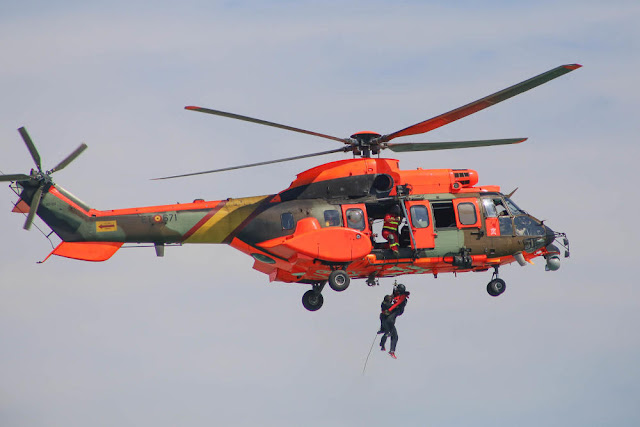 Posted by Keith Willliamson at 10:09 am Labels: local news