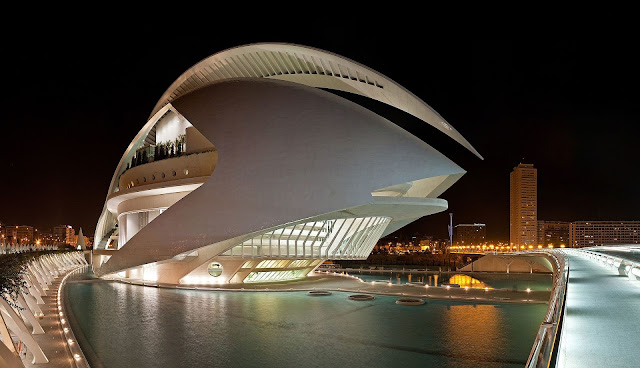 On October 23rd, our band will be competing with two other bands at the Palau de les Arts Reina Sofia in Valencia.

We have booked our seats to go, I will of course be taking my camera along to record the event. As a bonus, we will get to see this fantastic example of  architecture.

The Queen Sofía Palace of the Arts was the final construction in the City of Arts and Sciences complex designed by the Valencia-born and internationally known architect Santiago Calatrava, which began in 1995. The building, which houses four concert halls of varying sizes, was opened on the 8th October 2005.
Posted by Keith Willliamson at 9:40 am Labels: local news