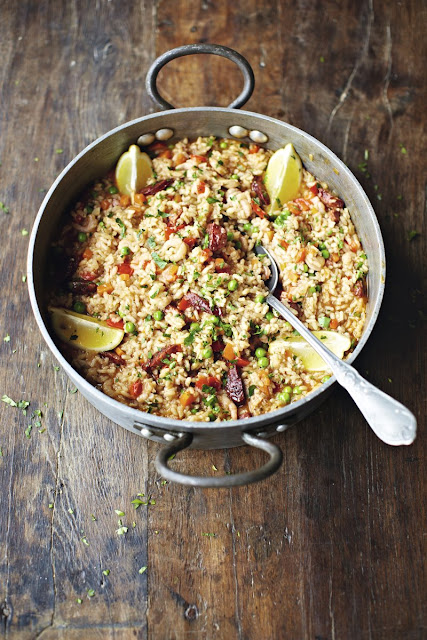 Barely had he posted “Good Spanish food doesn’t get much better than paella. My version combines chicken thighs & chorizo” before the backlash began.

The tweet prompted immediate outrage. Furious replies came thick and fast: “Come to Valencia to try the real paella and stop making ‘rice with whatever’”, wrote Spanish journalist Vicent Marco. “Your dish is everything but paella.”

Other critics were less restrained. “Your paella is an abomination,” wrote one. “An insult not only to our gastronomy but to our culture,” said another. There were many, many more.

So where did he go so wrong?

The answer is simple - it was the addition of chorizo to the dish which is a real NO NO!

There are ten rules that you need to follow to make an authentic Valencian paella.

1. Don't mix seafood and meat. And only use seafood if by the sea. If you are using rabbit, then it should be freshly killed otherwise the flavour will be changed to something more like chicken.

2. True Valencian paella is made with rabbit, chicken and green beans in the summer, duck and artichoke in the winter.

3. No garlic. No peas. No potatoes. No stock and definitely NO CHORIZO!

4. Only use Spanish rice, preferably Valencian bomba or senia.

6. On no account, stir it. The rice should stick to the pan. The layer of rice should be thin, maybe as little as one grain thick. That way, the rice will burn and produce what is known as "socarrat".

7. Oh, and the pan should be an authentic paella. Not a frying pan. And definitely not a wok.

8. Eat it straight from the pan, preferably using a wooden spoon. At lunchtime only.

9. If it's served in a portion for one, it isn't the real thing, it's been frozen and reheated. Or it's from Vesta.

10. For ultra-authenticity, it should only be cooked by a man. A Spanish man. In Valencia.

If you are going to stray away from the rules, then it is best to simply call your dish arroz or rice. That way you will upset nobody.
Posted by Keith Willliamson at 10:23 am Labels: local news