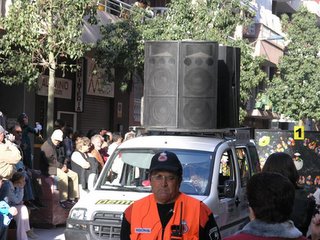 First you fix sets of four large speakers onto some vans; connect them to some serious amplification powered by generators on the roofs. 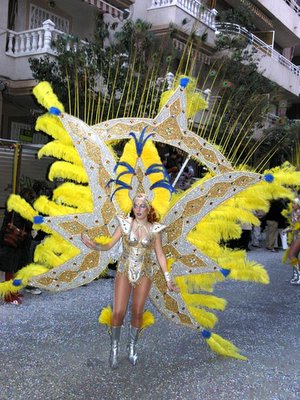 Then you get a lot of enthusiastic people and dress them up in the most elaborate costumes. Close the street for about six hours and you have a carnival. The whole parade lasted about two hours and involved about 30 different groups.

To see the rest of the pictures go to MY ALBUM. I apologise for the quality but I had to reduce them down from the original large scale resolution to make the uploading a lot quicker.
Posted by Bigastroandbeyond at 4:19 pm

Wow! That looks like some parade indeed! Who needs Disneyland, eh?