Here is a story that will sound all too familiar to my eldest daughter.

News Corp photographer Brett Costello has become the latest victim of Rio’s De Janiero’s notorious crime gangs, robbed in the middle of the day by a woman inside a busy coffee shop. He was there to shoot the Games.

It took only 10-seconds for Costello to be blindsided by what he believed was a local woman seeking help.

But her role in the scam was merely to distract the esteemed photographer, whose heavy bag of camera gear sat directly beside him inside the cafe’.

As the woman conversed briefly with Costello in Portuguese, it was then that an accomplice snatched the bag, making a getaway in a nearby vehicle.

In my daughter's case, we were in Alicante for the day. We stopped for a drink at El Corte Ingles and Jemma put her bag down on the floor by her feet as we sat on tall stools around a table. My bag was also on the floor by my feet with my foot inside the strap.

Jemma felt someone push into her from behind. By the time she turned around, there was nobody there and her bag had gone. Costello had thousands of dollars of camera equipment in his heavy bag, Jemma had nowhere near that in her bag but still the loss was equally upsetting.

Since that date, I have always been careful to wind the strap of my  bag around my leg if I put it down and trap it with my foot. Either that or I put it on my knee between me and the table.

PS If Costello is a Canon man, he will be able to visit the CPS (Canon Professional Services) depot at the games and pick up some replacement gear from their stock of hundreds of pro bodies, literally thousands of lenses and other items. There is enough there to fuel an army of photographers. 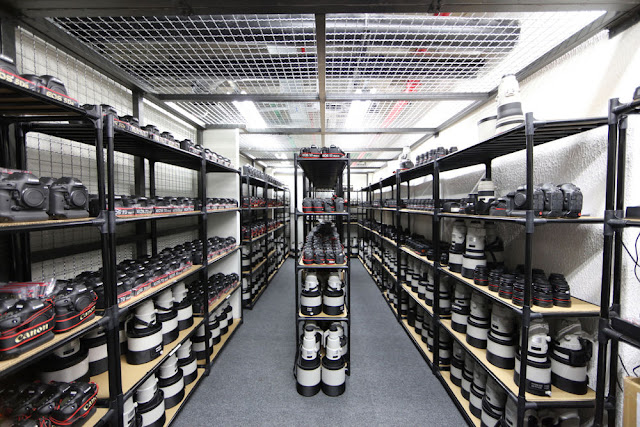 I dare say, Nikon have a similar facility for their photographers.