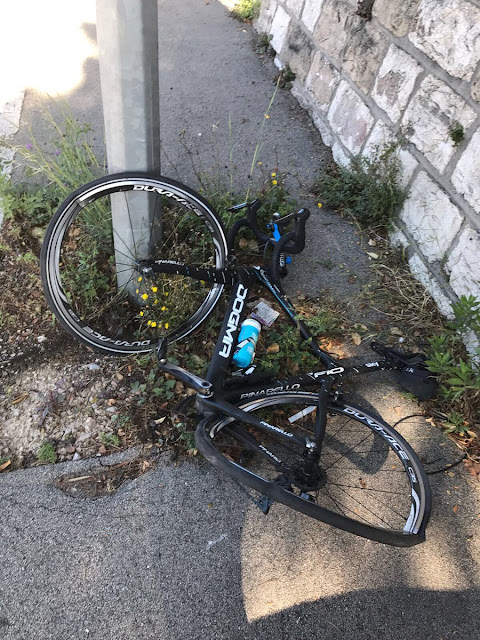 Look at the state of Chris Froome's bike after a motorist got angry, followed him onto the pavement and then deliberately crashed into him.

Apparently Froome is fine but his bike is wrecked. The motorist just drove off. This was in France.

PS Understand, this was no ordinary bike. It is (was) a Pinarello Dogma F10 with a full Shimano DuraAce groupset - available from Sigma Sport in the UK for 11,255 Euros (not including the pedals).
Posted by Keith Willliamson at 6:13 pm Labels: comment, gossip