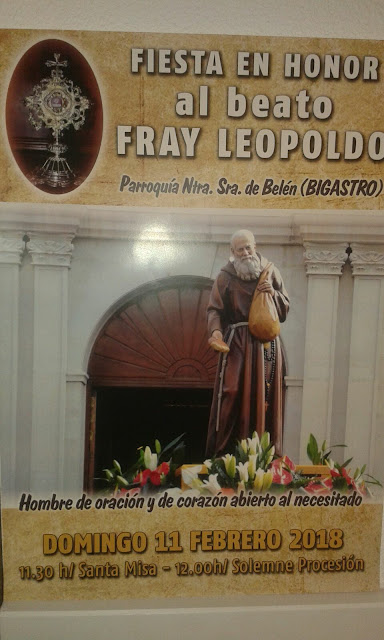 Fray Leopoldo de Alpandeire  - was a Spanish Roman Catholic  from the Order of Friars Minor Capuchin.

He was not distinguished for spectacular works but rather for the humble and simple way in which he led his life as well as for his kindness - in particular towards the most deprived.

He spent most of his life in Granada where people still remember and celebrate him as a model example of Christian life and virtue.

In 1982 he was made a Servant of God and was later named as Venerable on 15 March 2008. Archbishop Angelo Amato presided over his beatification on 12 September 2010 on behalf of Pope Benedict XVI.
Posted by Keith Willliamson at 5:53 pm Labels: local news