Fuelled up and ready to go 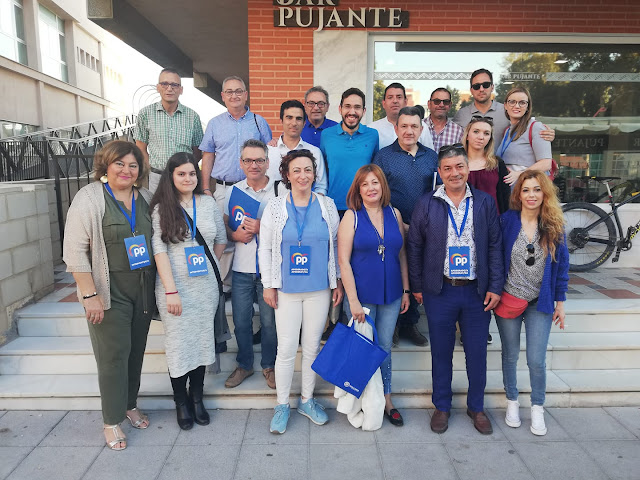 Tradition dictates that the party faithful meet up at 7:30am on the day of the election for breakfast before heading off to the polling stations. There they will be helping out in various capacities.

For the General Election, Pam was there with them but an early morning get up is not her style. She will join them later today to do her stint.

If you have seen my photos from the final meeting of the campaign which was eventually held in the Auditorium, you will see how determined they were during their last push. Each of the candidates spoke and delivered a clear message to the audience.

Of this you can be certain, if the PP fail in their mission to get Teresa reelected as Mayor, it will not be through lack of effort.
Posted by Keith Willliamson at 9:50 am Labels: local news