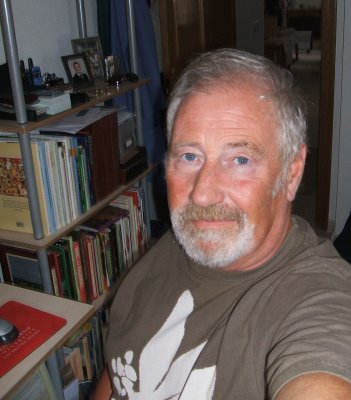 When we first came to Spain two years ago, it was hard to come to terms with not being able to keep in touch with people, especially our daughters. Within a week of moving to Spain our mobile phones were switched off and we had no idea when we might get a phone installed in the house.

We bought Spanish SIM cards to fit into our phones so that at least we could send text messages back to our family and friends in England. Later on we discovered that there were computers in the local library that we could use. Fortunately I had kept my Hotmail account so we were able to send emails to those people who had internet connections. Once we had our own internet connection it became a lot easier to keep in touch with people with a weekly message. We were by then a lot happier.

It was Pete Brooks from Anfield who suggested compiling these messages into a blog. He explained that a blog would allow people to read our news when they wanted to rather than when a message happened to drop into their inbox. He said I could add photographs and link to articles on the Internet. Fortunately, Blogger made the process of setting up a web diary easy. Just a few simple steps and I had an online presence. Refining the look of the blog and adding in the niceties came later as I gained experience.

I know from my blog's statistics that a lot of people read my stories; some on a regular basis. Many are friends and neighbours who check up on what we are doing but I also have visitors from a wide range of countries. People who I don't know and will probably never meet.

As it says in the profile, the original intention was to keep in touch with people. I hope that I have achieved at least that.
Posted by Bigastroandbeyond at 6:53 pm Labels: living in Spain, personal