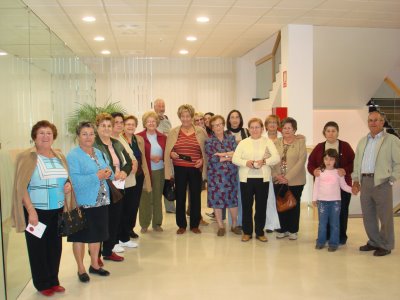 Having visited SUMA in the morning we went down to the Municipal Auditorio Francisco Grau in the afternoon for a presentation in the library.

Alongside our Spanish language class for Foreigners, there are other classes for Spanish people wanting to learn to read and write. During the Franco years many children in Spain left school early to work in the fields and therefore missed out on their education. These classes are mainly populated by women in their early fifties and sixties.

The man who gave the presentation was trying to encourage the audience to read more by presenting them with a range of books from early readers to adult fiction. He explained that on average Spanish people read one book per year. Actually that comment shouldn't have surprised us for two reasons.

1. The library where we used to access the internet was always empty apart from the odd student doing research.
and 2. The only bookshops we have come across locally are the English ones.

Libraries in England are usually busy places, certainly the one in Greasby was and every town has a decent bookshop. Cities like Liverpool and Chester have several and again they are busy places.

Anyway with the presentation finished we were given a tour of the new auditorium. It is magnificent and shows that although literacy might be a problem culture certainly isn't. It is hard to imagine a local council in England being bold enough to build a facility like this one. 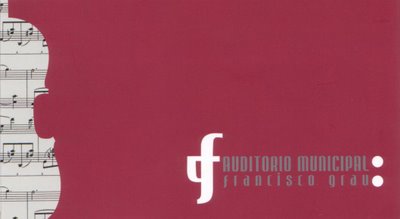 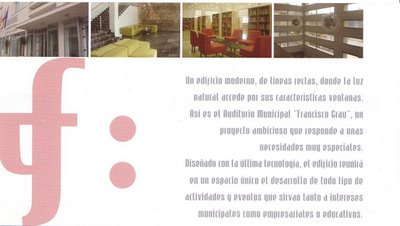 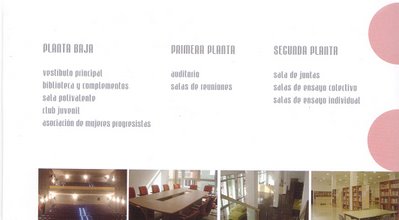 Posted by Bigastroandbeyond at 8:32 am Labels: living in Spain, local news