The nativity scene, for which our neighbours were painting figures, is apparently finished and on show at the Centro Social Integrado.
NB I must go down and take some photos of that and also the Belen in the park.

The Pensionistas are going out to sing carols over the next few days and then at 6:30 pm on the 21st they are having a party in the hall at the Social Centre. 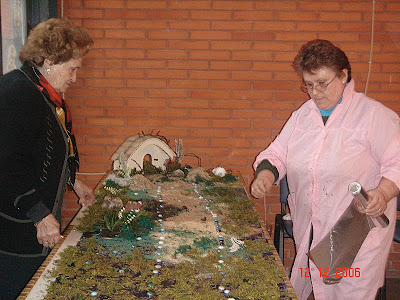 Posted by Bigastroandbeyond at 8:31 am Labels: local news