Last night we went to the Auditorium to watch the percussion band "Percuseve" perform. Percuseve use a variety of ways to produce their rythms including dustbins, wastepaper baskets and the legs of the seats. Their timing is immaculate and shows how much rehearsal has taken place to get their performance so good. 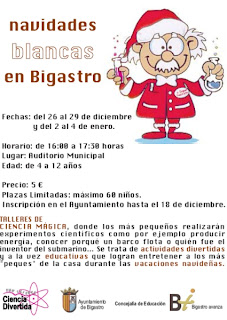 The auditorium was packed with a very appreciative audience of all ages.

This concert was just one of a number that are being staged at the Auditorium over Christmas.

It isn't just concerts that are being organised though. The Town Hall have also planned these two diversions.

Just to make sure the children don't get bored during the Christmas break there is an opportunity for them to learn the magic of science for the princely sum of 5€.

and for the 18 - 26 year olds; a chance to spend three days in January hill walking, climbing and abseiling at a cost of 70€. 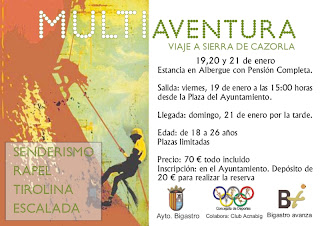 Posted by Bigastroandbeyond at 8:57 am Labels: local news