Yesterday afternoon you could hear the thunder rumbling in the distance. Looking towards Orihuela the sky was dark and stormy, towards the coast it was a nice summer's day.

Would the storm affect Bigastro though?

The answer came at about 5:30pm when the wind suddenly picked up and five minutes later the rain came lashing down. There was even hail in the rain. Half an hour later, the rain cleared and blue sky returned - the storm had passed.

I've seen photos from Callosa where the streets were flooded and cars stood in water. 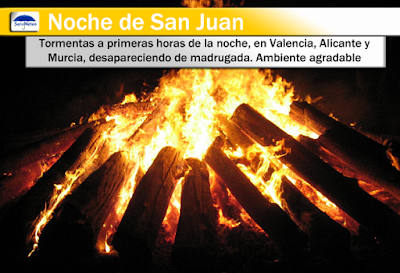 You might have thought that this would affect the "night of fire" in Alicante and other towns of the area but no. Some of the fallas posed danger as the wind blew them unpredictably but it didn't stop the bonfires on the beach at midnight.
Posted by Bigastroandbeyond at 8:21 am