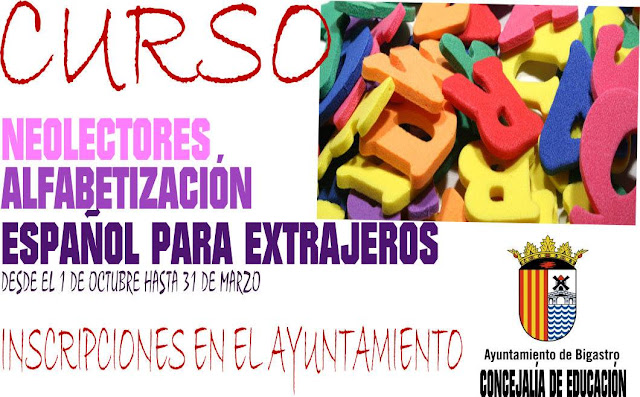 In the first years that we were here the Town Hall offered courses, free of charge, to new readers, adults who wanted basic education and foreigners who wanted to learn Spanish.

Originally, classes were at Miguel Hernandez Secondary School and our teacher was Ana. When Ana took maternity leave, Eduardo took over and the classes moved to the old primary school building. On her return the class moved again to the Auditorium.

The council ran out of money, funding from Valencia dried up and so the classes finished. Fortunately, Aurelio, who was Councillor for Education at the time, found us a volunteer who agreed to teach us free of charge. There were some difficulties with the first of the Antonio's and so he was replaced by the second.

Antonio has given up his time twice a week over several years to help us progress with our language skills. We all regard him as much as a friend as a teacher.

Quite what is going to happen this year is anybody's guess. It seems that the Town Hall are planning to re-introduce the courses that were dropped but who will we have as a teacher? For sure the course for foreigners will not take place if there are not enough people who show interest.
Posted by Keith Willliamson at 11:04 am Labels: local news