We hear so much about the problems surrounding the refugees from Syria and other war torn countries. Some countries are doing more than others to solve the crisis, some are shamefully doing little or nothing. For example, neighbouring  Qatar, United Arab Emirates, Saudi Arabia, Kuwait and Bahrain have offered "zero resettlement places to Syrian refugees

Since we watch Sky News and Euronews, we hear a lot about the numbers who are being taken in by countries like Germany and Sweden and the very few who have reached the United Kingdom. Pam and I wondered what, if anything, is Spain doing. 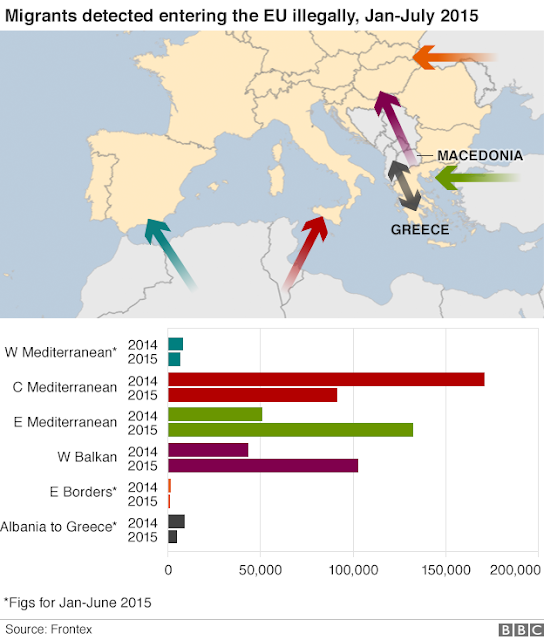 I have tried to find information about the numbers that are reaching Spain but there seems to be very little information available. We know that the borders with Ceuta and Melilla have been reinforced to prevent migrants coming from Morocco.

In the local paper, Informacion, I read that Alicante City Council are considering creating a network to provide housing and benefits for temporary accommodation of asylum seekers. They want to appeal to people who might be willing to take refugees into their homes on a temporary basis.

Apparently, Elche and Orihuela are considering similar plans but is this part of a nationwide effort or just a local response?

Posted by Keith Willliamson at 9:03 am Labels: local news